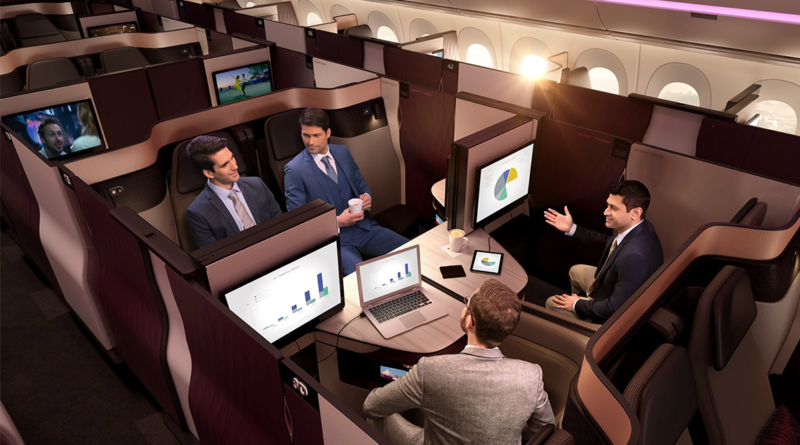 Qatar Airways have plans to offer its Qsuite business class pods on the Doha to New York route. This service will be available by December 2017.

This thing comes into existence just a few weeks after the carrier launched an ad campaign highlighting its $91.8 billion investment in the American economy through its 332 American-made aircraft.

With the arrival of a Boeing 777 on December 16, Qatar Airways will mark the product’s debut in the U.S.

The extensive features of Qsuite are the industry’s first double bed when it comes to U.S. business class. The airline follows the Delta Air Lines Inc. which installed its own version of the concept on its A350s.

KNOW MORE ABOUT THE PODS:

Qatar Airways serve its services twice on daily basis to New York. For the Washington Dulles and Doha route, the company will begin offering Qsuites on flights by Jan 16.

The main reason to offer such service to different routes, Qatar Airways is focusing on expanding its global franchise.

Singapore Airlines also launched the feature of a double bed for the passengers in their flights too.