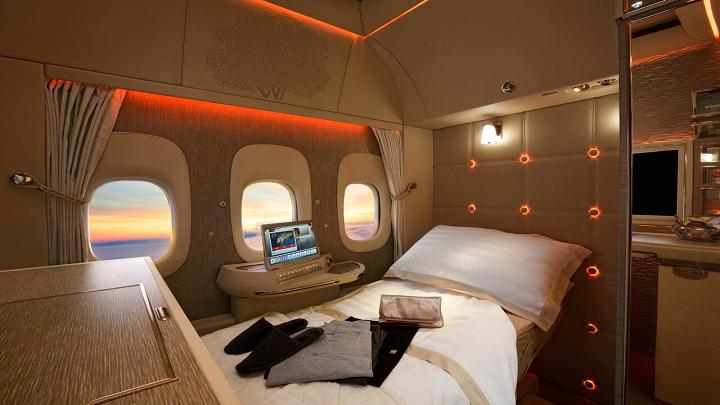 Whether it is the first class traveler or an economy passenger, everyone wants their personal space and other luxuries.

The Dubai based airline; Emirates is just going the next level in order to make the passengers fall in love with their planes and services. The carrier is introducing its latest first-class cabin, featuring floor-to-ceiling doors. It just gives the vibe of a home on a commercial flight.

EMIRATES is known for its over-the-top first-class suites and on Sunday, it unveiled the new first class product at the Dubai.

In a statement, the airline mentioned that they are inspired by the Mercedes-Benz S-Class (the car they use to chauffeur its first-class passengers to and from the Dubai airport).

Emirates just introduced its new class just weeks after its competitor Singapore Airlines revealed its upgraded first-class suites. There is a huge competition between the two airlines to provide a private-jet experience on board some of their largest planes.

Here we are discussing the new first-class cabin and its features which help you regarding what to expect from business and coach class.

Of course, the luxuries don’t come cheap. A flight search for a round-trip ticket from Geneva to Dubai in early January showed first-class prices around $9,000.

Private Flight On A Big Plane: 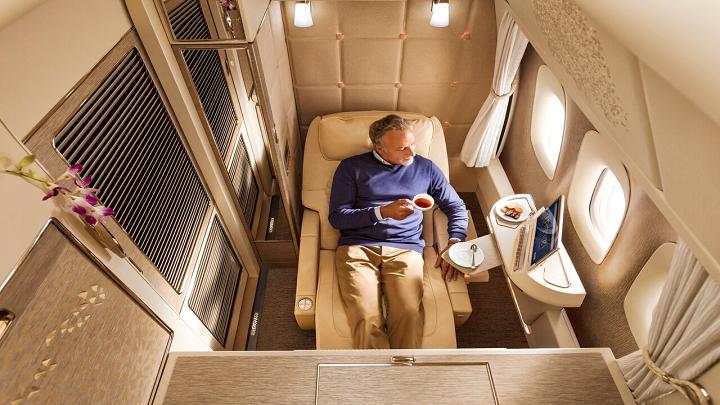 If you are taking a private flight, the suites are fully enclosed and come with floor-to-ceiling sliding doors. It gives you a feel for world’s most expensive train cabins.

Space can never be a problem on these suites as you will get up to 40 square feet of space. As per the airline, you will have enough room to change their clothes, even after the lie-flat bed is set up.

In addition to that, the color palette of these suites includes cream, gray and gold colors which aim to mimic the interior of a luxury car.

You can get the glimpse of leather seats along with the mood lighting. Plus, you can also avail some other services in its current first-class suites, including a personal minibar.

Talking about the passengers in the center suites, they will get virtual windows (screens that project the view of the sky outside) plus the binoculars. 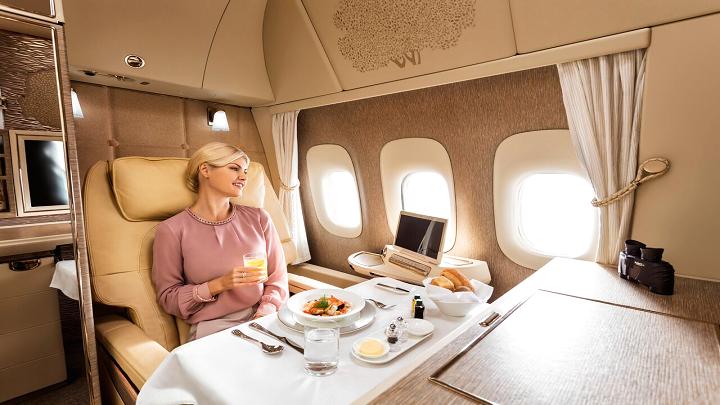 A unique feature which the passengers can enjoy in these suites is the facility of a service window where you can be served drinks and appetizers without having to open the suite doors. 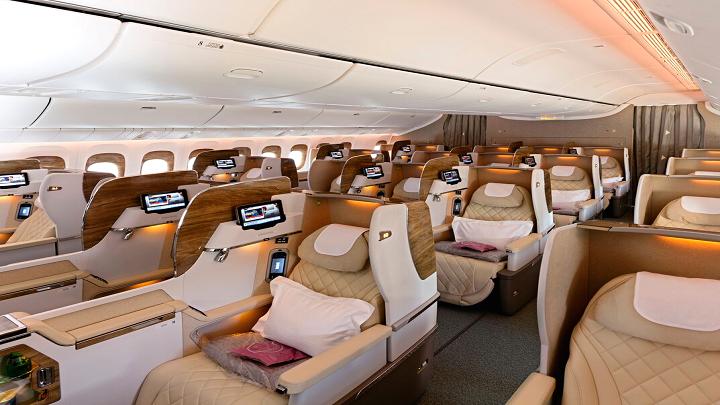 Passengers in the 10-abreast in the economy section will have leather-adjustable headrests.