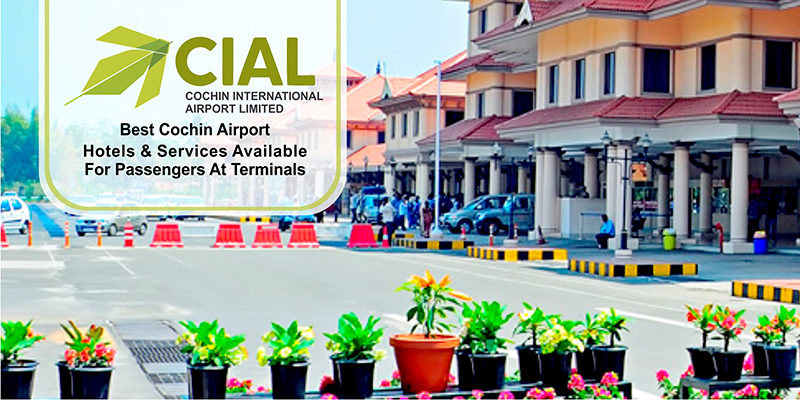 The name of the airport is Cochin International Airport. Its code name is represented with three letter unique identifier that is “COK”.

It is located at Nedumbassery in the state of Kerala, India that is about 25 km (16 mi) northeast of the city.

In the year 2016-17, the airport handled close to 9 million passengers handling around 234 aircraft movements a day. Air India Express operations is the primary base of the airport which is headquartered in the city.

Terminal 3 is India’s 4th largest terminal with over 2 million sq ft in area. On 18 August 2015, it became the world’s first fully solar-powered airport.

There is also a cargo terminal which is spread over an area of 2,000 acres. 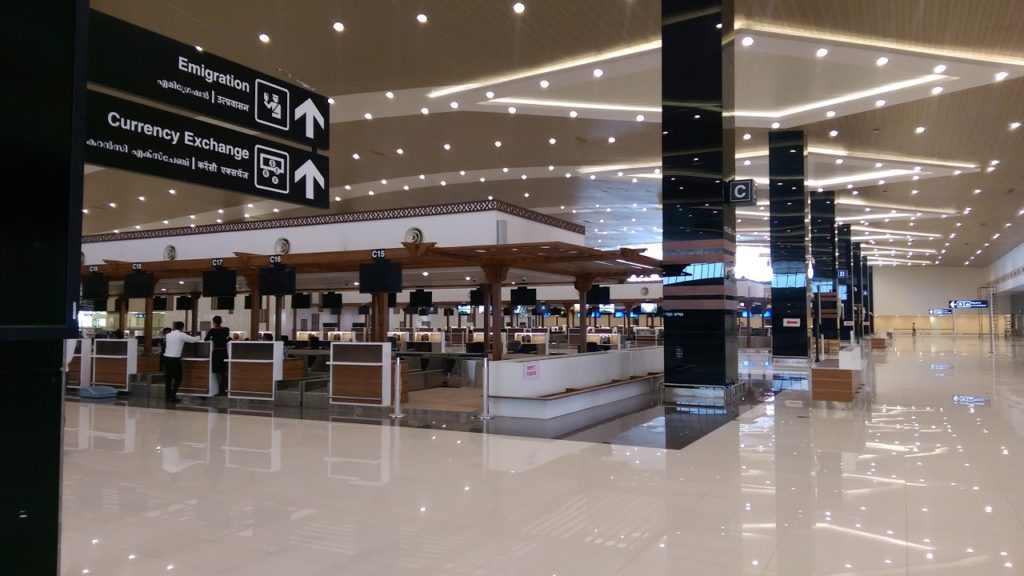 Now, it is the International passenger terminal, but it will become the domestic terminal in 2018. It has:

It is a domestic terminal that has an area of 10,000 m2 and is designed to handle up to 400 passengers at peak times.

The terminals have 2 buildings for departures and arrivals connected inside with a corridor. And those contain the number of services:

It is International passenger terminal. It has 2 levels:

Once the new terminal was ready, the old international terminal became a domestic terminal. The existing domestic terminal will serve business jets only. Cochin Airport became India’s 4th largest airport after Delhi, Mumbai and Kolkata with the commissioning of Terminal 3.

Cochin airport lounge access: You can enter into the following waiting areas at the airport either by purchasing a lounge pass or through a membership program if you are an economy class traveler.

This will help you to know about the facilities, hours, pass and membership information of Cochin domestic & International airport lounge.

There is the number of hotels are available near and insides the airport. Some hotels are placed within the distance of 5-10 minute from the airport. 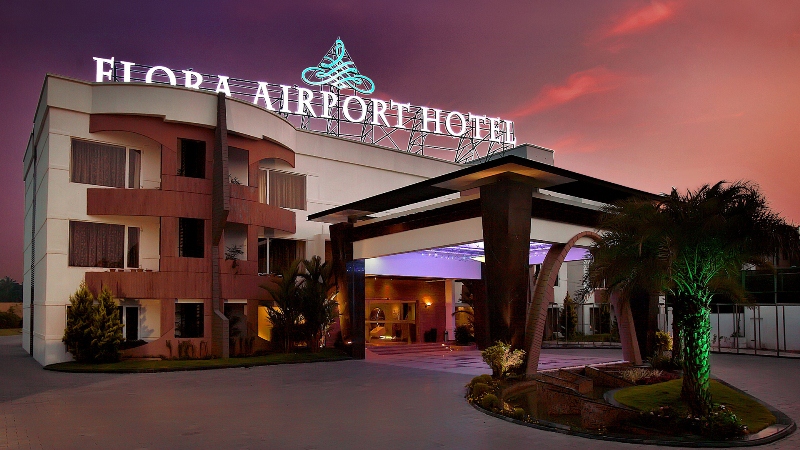 KSRTC provides the three classes of Cochin airport bus service between the airport and city center. These depart in every 10 – 40 minutes that is depending on the class of service.

Cochin airport taxi is available for hire in the ground transportation area of the airport. It stops at the taxi booth in the Arrivals hall.

Free Wi-Fi is available at the Cochin Airport for 30 minutes. Connect your device to the network and enjoy the free videos, Music, and Movies. There is number of internet stations located in the terminals and lounges.

There are a number of services present at the airport and help the passengers in case of an emergency. And they are listed below:

ATMs / Cash Machines: Yes, There is number of ATMs and cash machines available throughout the airport.

Business Centre: There are also the computers with internet access, internet calls, photocopies, faxes and more. It is located in the Canopy. 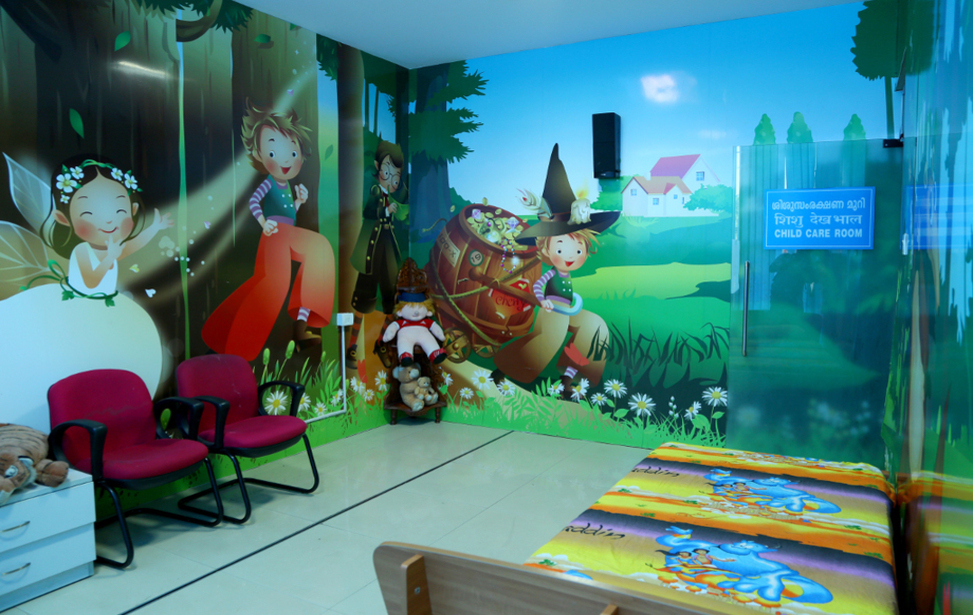 Currency Exchange: These are available in both domestic and international terminals and airside/landside.

Duty-Free & Shopping: Duty-free shopping is available in the Canopy. A wide variety of retail shops selling books, traditional souvenirs and other items are available. It is placed in the Domestic and International Departure areas. 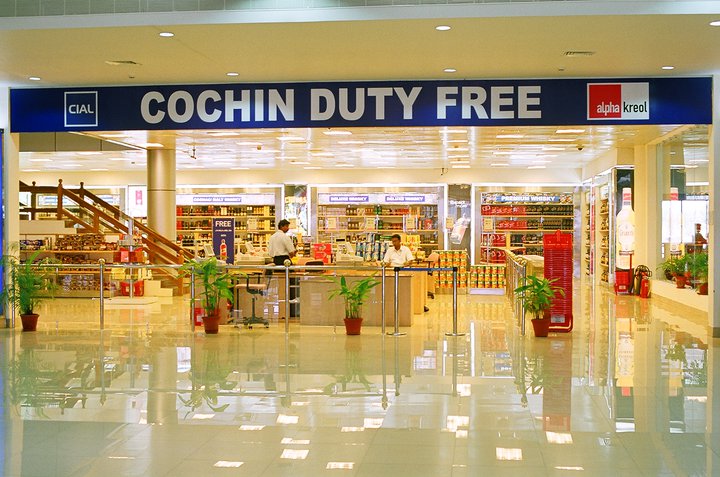 Luggage Storage & Lockers: Yes, these are available in the car park area near international arrivals. Prices range depending on weight and length of time stored.

Medical Services & Pharmacy: A 24 hour manned medical center is located in the Departure Hall of the International Terminal. And Pharmacy located at the Canopy.

Post Office: It is also available at the airport.

Prayer Room: It is located in the Departure Hall of the International Terminal.

Showers: Showers are available in the Earth Lounge at the International Departure area.

This is for informational purpose to assist you with the number of services that are available at the airport during your layover. This information will aware you about the airport’s lounges, hotels, and transportation services of the airport.

I travel twice or thrice a year and I found Cochin airport one of the best. There helpful attitude towards? Everyone and amazing service at the spa and great variety of shops present. The most attractive place is an open air lounge inside the airport surrounded by plants to give a nature friendly.

This airport may look old but has free Wi-Fi and modern duty free shops which make it quite good. The first class and business class lounges are also very good. It’s quite clean and the staff at immigration and airline counters is friendly. All is smooth and is on time since it works on solar energy. Energy consumption is very less. This is best model of other airports.