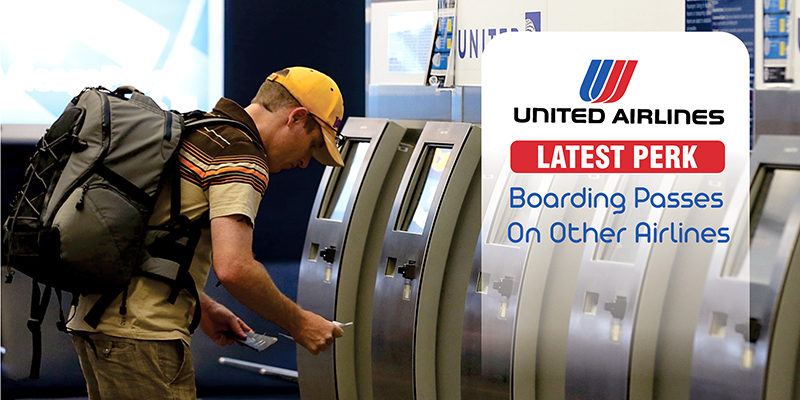 At the San Francisco International Airport, passengers flying through the United Airlines flight can avail the option of getting board their documents from the kiosk.

Currently, there is no non-stop flight between Baton Rouge and Istanbul from United Airlines. Being the 23-hour trip, passengers need to travel through two other airlines to reach the destination. Hence, the airline is giving the passengers a chance to get an access to their boarding passes on connecting legs provided by other airlines which will definitely remove some sort of pain on behalf of the passengers.

As per the statement of the carrier, through this new app of United, multiple travelers can download all of their boarding passes on itineraries that include both United and one of its 19 partner carriers. This includes airlines like Lufthansa or Turkish Airlines. Plus, it is the very first US-based carrier to offer such a feature.

Earlier this month only, the competitor carrier, Delta has introduced a new app which is more convenient for the passengers to check in online 24 hours before departure.

A spokeswoman told CNBC that there are a few catches, however. United travelers won’t be able to use the feature if the first leg of their trip isn’t on a United flight. It means that it can’t be used on some U.S.-bound itineraries.

In addition to that, the passengers who separately book a ticket in United’s basic economy (a new class of service) that prohibits passengers’ access to overhead bins and seat assignments are also prohibited to combine tickets with other airlines. Hence they can’t get access to this new feature.

Every single airline is using one or the other option to impress the passengers. And this attempt of the airline is another initiative in the same path. United Airlines will allow its passengers to get an access to the boarding passes for other airlines through this new app.