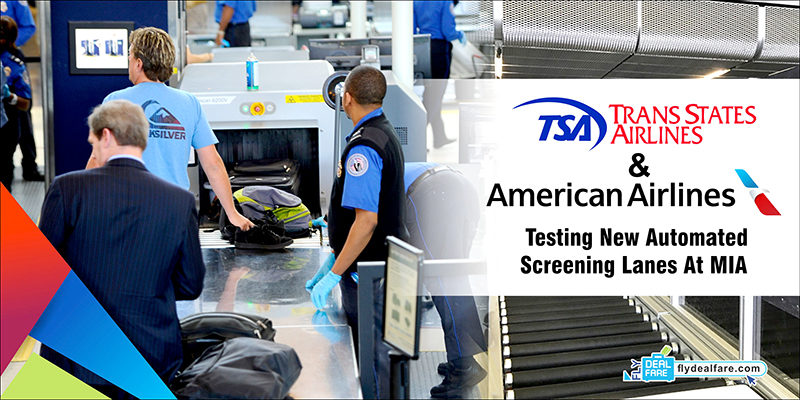 Miami: In order to minimize the problem of long security lines at Miami International Airport, the TSA agents and American Airlines are teaming up by rolling out two new automated screening lanes.

This initiative has been taken to speed up the procedure of security check-ups at different checkpoints.

Along with that, the pilot program has also been tested at 12 airports in the US.

Generally, the passengers need to put all their items into a bin when they arrive at the TSA line and all this requires a lot of time. Then the bins move on their own on a conveyor belt to be screened.

As per the statement of a TSA worker, “As it gets up, it goes thru the X-ray machine where an X-ray operator now determines whether there’s a threat in that bag.”

Secondary screening may take place in case something inside needs to be checked again even after the x-rayed, otherwise, the bin is automatically diverted back to the traveler.

The basic idea is that this automation will speed up the process of going through security checkpoints.

Emilio Gonzalez (Miami International Airport Director) stated that “It’s amazing how fast it works.” He added, “Everybody who travels, they know what to do, you put your things, off it goes, you don’t have to sit there and wait for it and scoot it up or wait for somebody else to bump up against you because everything is done automatically.”

If this new addition gets successful, then this process could be rolled all over the airport.

At MIA, there is another pilot program is getting underway along with a facial recognition program that is being used at customs.