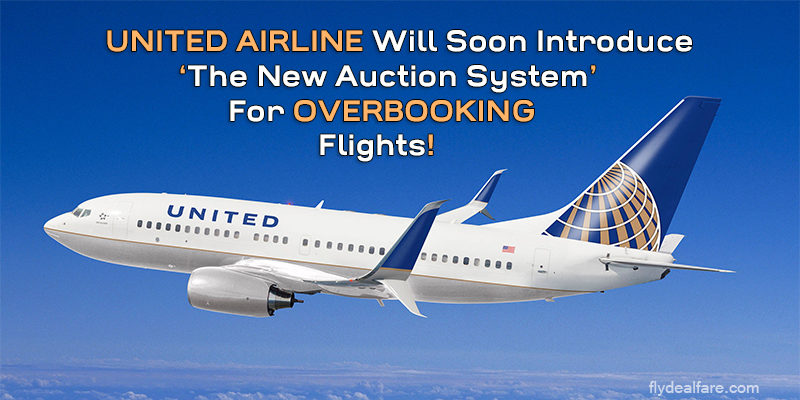 After the violent removal of the passenger named David Dao past in the month of April, United Airline is taking a lot of efforts to gain its previous position. The airline added a number of new routes like nonstop flights between Denver and London Heathrow in March 2018 or 18-hour flight between Los Angeles and Singapore.

Plus it also introduced some passengers’ friendly policy changes with the aim to improve their public image that has taken a severe beating as a result of the incident. And it seems like the airline is quite succeeded in recovering its value.

This time, the airline comes with a new plan of an automated system by which passengers on oversold flights that are willing to alter their travel plans can be identified and compensated.

The airline confirmed that this new system will work on an auction-based format. It will allow the passengers to enter bids for how much money it will take for them to give up their seats on an oversold flight.

An airline spokesman told Business Insider, “As part of our commitment to further improve our customers’ travel experience with us, we plan to test an automated system that will offer customers an opportunity to voluntarily bid for the desired compensation amount in exchange for potentially changing travel plans if faced with an overbooked flight.”

To avoid same situations like Dr Dao, the airline’s new auction system will let the passengers earn a compensation of around $10,000 if they give up their seats.

Talking about the launching, the system will be launched in October. The airline declined to share the exact date for this.

The system could be in operation as early as 3rd of October along with an accurate image of its user interface as tweeted by Skift’s Brian Sumers.

If you are thinking that this concept of an auction-based system is new in the aviation industry, then you are wrong. Before this, Delta Air Lines has introduced a similar system in the year 2011 which allows the passengers to enter bids on their mobile devices or at check-in kiosks.