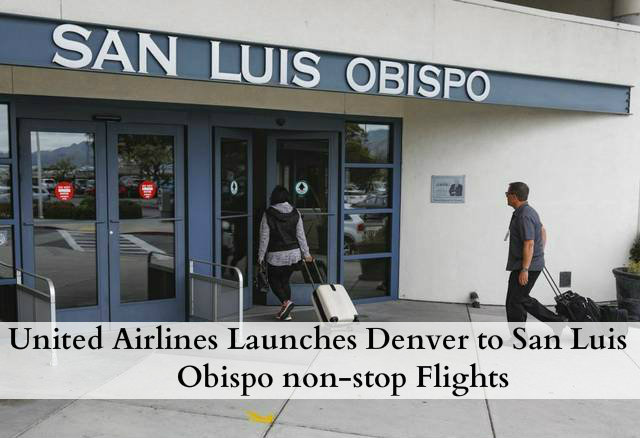 In April, the Alaska Airlines began a daily service of nonstop flights from San Luis Obispo to Seattle and now it is United which becomes the second new destination for the county airport users to launch nonstop flights between SLO and Denver. This service will take place from June only and bookings are also available.

To this, the San Luis Obispo County’s director of airports, Kevin Bumen stated that “The community has anticipated this for a long, long time,”

TIMINGS LINKED TO THE FLIGHT BETWEEN SLO AND DENVER:

As per the new schedule of San Luis Obispo Airport arrivals, the first arriving flight is scheduled to depart from Denver at about 7:10 p.m. which will arrive in San Luis Obispo at 8:50 p.m.

And on the other way, the first departure flight is arranged to leave San Luis Obispo at 5:30 a.m. which will arrive in Denver at 8:56 a.m. and the timings linked to it are all local.

This will be a 2.5-hour flight between San Luis Obispo and Denver which is also considered as the longest flight of SLO County’s airport. This will be operated by SkyWest Airlines.

Adam Hill who is one of the District 3 representatives for the county Board of Supervisors has mentioned that it wasn’t long ago when the airport’s future was uncertain.

Hill also stated that “Despite what we have to offer as a community … there were people who just didn’t know if we were going to survive as a regional airport”. “We probably have come back so strong and there are so many people who deserve recognition” – he added.

This new connection with Denver will open up to over 1,000 new routes and will support 150 destinations in total as mentioned by Chuck Davison who is the president and CEO of Visit SLO.

Nowadays, United is trying to expand its functions and has announced that it will launch an 18-hour flight between Los Angeles and Singapore. This route of 8700 miles will probably be the longest flight coverage to or from the US.