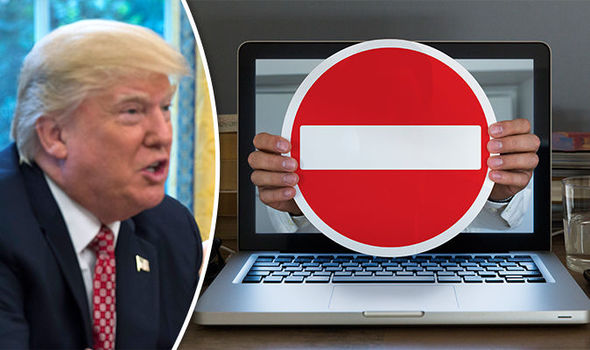 Recent news has been coming from the UK airline pilots who have warned of the risk of a “catastrophic” onboard fire in case the laptops are banned on the transatlantic flights.

As most of the laptops, tablets and other electronic devices like e-readers are powered by lithium batteries and if these are short-circuited can ignite.

The former Aviation Advisor to the Transport Select Committee, Laurie Price who is himself a private pilot stated, “We have had numerous incidents of devices with lithium batteries suddenly bursting into flames. If that is in the aircraft cabin, it can be dealt with. If in the aircraft hold, the fire-suppression systems are unlikely to be able to contain it and there is a lot of material to exacerbate such fires including other baggage, the aircraft structure, fuel, and systems in an area which is inaccessible in flight.”

The British Airline Pilots’ Association (BALPA) Flight Safety Specialist, Steve Landells, said, “There have been two crashes where lithium batteries have been cited in the accident reports. He added, “An incident in the cabin would be spotted earlier and this would enable the crew to react quickly before any fire becomes uncontainable.”

The warning from the pilots let the European and American officials prepare for a meeting to hammer out new security rules. As a result, the Trump administration was poised to extend its ban to all flights to the US last week until the European Commission objected.

The Department of Homeland Security (DHS) has introduced the ban on laptops, tablets and other electronic devices larger than a smartphone in March only. This ban was on flights from eight Middle Eastern and North African nations to the US. According to the intelligence reports of DHS, the terrorist groups are aggressively pursuing innovative methods to attack passenger planes including smuggling explosive devices in various consumer items. This entire make the officials take the preventive steps.

According to the new rules, anything bigger than a smartphone must travel as checked baggage in the hold of the plane.

After the step of US, the UK Government also brought in a ban that emulated the US prohibition and introduced a different list of countries. Passengers are not allowed to take any large devices into the aircraft cabin specifically on flights to Britain from Egypt, Kuwait, Turkey, Saudi Arabia and Jordan. But the other 27 EU members has not followed suit.

As per EASA (European Aviation Safety Agency), the various electronic devices containing lithium batteries are considered to be dangerous goods and can cause serious damage to the carrier as well as the following passengers. The air safety regulator insists: “They should preferably be carried in the passenger cabin.”

EASA’s Executive Director, Patrick Ky also stated that “We must take all precautions to make sure that mitigating one risk does not lead to another risk.”

Probably, the extension of the ban proves angered to the US airlines too. Although, the present prohibition has affected only the non-American carriers, particularly the three big Gulf-based airlines: Emirates, Etihad and Qatar Airways. The Qatar and Etihad airways find a solution of this problem by offering free laptop and tablets facility on board to business class passengers who are flying to the US. ()

Emirates also take a bold step and cut off its flights after Trump Administration Curbs to five cities of US.

But as per the recent upgradations, an international ban would also affect the United Airlines, American and Delta too.

The Britain’s aviation industry also reacting seriously about the extension of the ban in relation to excluding the laptops from aircraft cabins. All this would restrict the various business travelers to link to their technological supports and cuts their chance to work on board.

On the other hand, the U.S. and Europe meeting on Airline Security may take place in order to discuss the matter in detail. This will possibly include topics like expanding the ban of laptops and the number of airports which will restrict the passengers from carrying electronic devices bigger than cellphones aboard flights.

This ban would necessitate additional security checks at the departure gate. The worst affect of this ban would be seen on Heathrow Airport which is one of the busiest airports in World and has also place at 9th rank on the list of top 9 Airports in the world. It serves about 24 daily flights to New York alone and a number of flights to other US destinations.