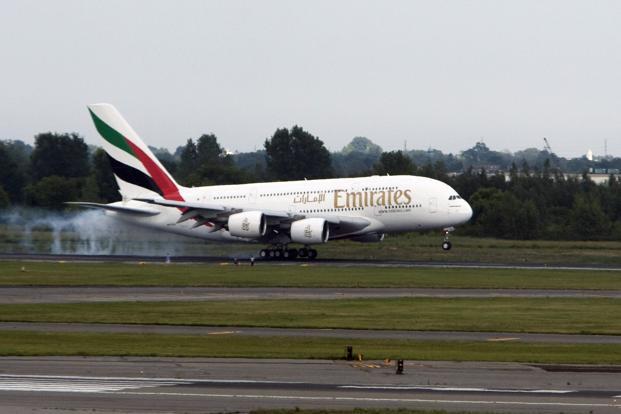 Due to the Trump Administration Attempts to ban passengers from Muslim-majority countries, Emirates; one of the top most airlines of the world has reduced its number of carriers to the United States of America.

Emirates has cut off its flights to five cities of US after the new rules regarding the carrying of electronic items have been imposed by the US officials due to safety reasons. This decision taken by the Dubai government-owned carriers is the strongest one as by restricting its routes in US cities will only let the airline to face some sort of financial loss as Emirates has grown very fast in recent years.

In a statement, the world largest airline network has confirmed that they will reduce capacity to Boston, Fort Lauderdale, Seattle, Orlando and Los Angeles in the coming weeks. The changes will be applicable from 1st of May.

As US new policy regarding the ban on electronic devices in flights has affected more than 10 Muslim-majority cities and Dubai is one of them. The main hub of Emirates is at Dubai International Airport which is the third busiest airport in the world.

The officials of Emirates have also mentioned that the reductions will probably affect five of its 12 US destinations which will start from the 1st of next month. This move may be call as a perfect commercial decision in response to a reduction in travel demand in the three months after Donald Trump took office.

The trims will minimize the number of US-bound flights from the carriers of Dubai hub. The Emirates flights which were twice a day to Boston, Los Angles and Seattle will be reduced to once a day and the daily flights or 7 flights a week to Ft. Lauderdale and Orlando will be cut down to 5 per week.

Emirates also stated that “The recent actions taken by the US government relating to the issuance of entry visas, heightened security vetting, and restrictions on electronic devices in aircraft cabins, have had a direct impact on consumer interest and demand for air travel into the US.”