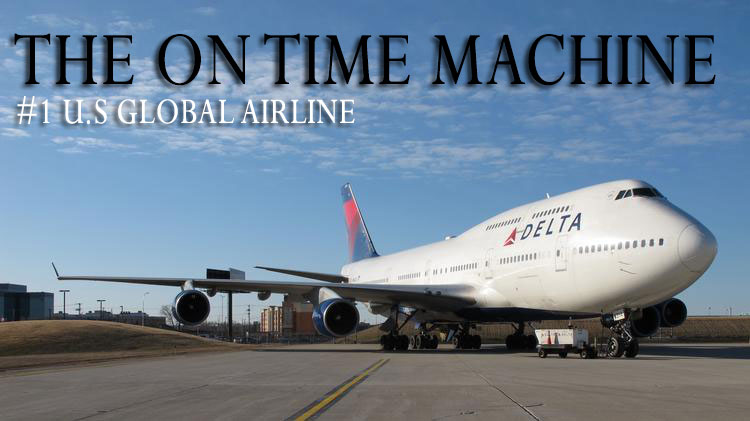 Washington: Delta Air Lines have been selected as the best airline for on-time flights in the latest government rankings and the United and American Airlines are just following it and are not far behind.

These figures are released on Tuesday for the month of March by the Transportation Department. This report covers all the 12 major airlines of US.

In the listing, the Delta Air Lines scores the best and

As seen in the first three months of the year, it has been concluded that the airlines have bumped one in every 16,000 passengers off the flight.  The same type of thing can be witnessed in the year 2016 too.

Usually, the airlines need to find the volunteers to give up their seats on overbooked flights that happened to 1 passenger in every 1,500 which is little less than as compared to the year 2016.

As per the government records and the listing, Jet Blue had the highest rate of bumping which it says can occur when a smaller plane replaces a larger one. On the positive side, Delta has shown the lowest bumping rate and the highest number of volunteers who gave up their seats.

A recent most eye-catching incident of ‘bumping’ was the Dr Dao Incident in United. This thing catches attention when videos go viral which shows a man named Dr Dao being forcibly pulled off a United Express plane. The matter was that he just refused to give up his seat to make room for an airline crew member and as a result, he is pulled out from the plane by the aviation police which leads to severe injuries to the passenger too.

Passengers need to know their rights regarding bumping. United ranks in the middle of the pack for bumping passengers against their will.

In the month of March only, a total of 79.9 percent of flights on the 12 largest airlines arrived on time (within 14 minutes of schedule). But as compared to the figures of March 2016, it is down from the 81.5 percent rate.

The top airline to show best results regarding on-time rate is Delta with an 86.9 percent, after that there is Hawaiian, Followed by United and American. Coming to Virgin America, only 65.5 percent of its flights arrived on time. The airlines canceled 1.8 percent of domestic flights that is more than the previous year by 1.0 percent.

Talking about the consumer complaints filed with the government, these are reduced by nearly one-third but Spirit Airlines continuing to be the airline with the highest complaint rate. ExpressJet shows the lowest rate when it comes to consumer complaints which operate regional flights for bigger airlines.

Most of the consumers complain directly to the airlines but the carriers do not disclose those figures.