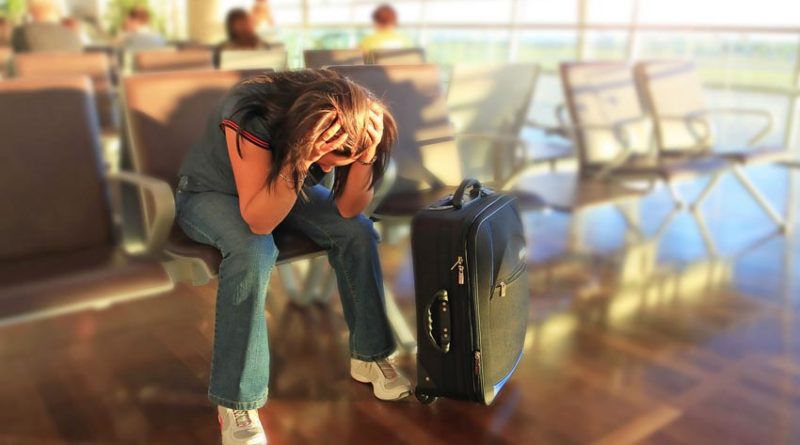 Basically, Bumping means denial of seats to passengers who have confirmed tickets for an overbooked flight. Airlines use to issue more tickets than available seats to prevent losses due to no-show passengers. As a result, they need to convince the other passengers to leave their seats and usually offers a higher booking class, may be a first class instead of the economy on their next flight or vouchers for cash or tickets for future travel and even facility of hotel accommodation.

It all depends upon the route also as the more popular the route is, the more likely the passengers may need to face such a situation. The U.S. Department of Transportation (DOT) requires commercial airlines flying with 30 passengers or more should seek out volunteers first before bumping anyone. The airlines offer a number of rewards to the passengers being bumped.  Some airlines even offer meals, free headsets on the next flight, free drink coupons, an upgrade to first class and much more facilities like that.

A voluntary bump is the one when a passenger leaves his/her seat with his/her own will for the passengers who have confirmed tickets for an overbooked flight. It can be a good thing. If you have enough time to catch the next flight, then this option can be quite profitable as you have the option to negotiate things like gift vouchers, free upgrades or even a hotel room if the bump requires you to stay overnight. It can come out as a cheaper alternative for you to take the bump but be aware of the whole negotiation process.

The Involuntary Bump is the one which is quite dicey. The criteria that the airlines adopt regarding bumping includes, they will bump the lowest priced fares first whether the flyer wants to get bumped or not. The Involuntary bump is a big part of it too. If you involuntarily bumped from a flight, then the compensation linked to it will likely be higher than you’d receive on a voluntary bump. However, if you involuntarily denied flight means that you likely had somewhere important to be or were otherwise inconvenienced by the whole thing. Well, in some conditions, you may get a tidy sum for your trouble i.e. thousands of dollars. The airlines will try to compensate you with things like vouchers and refunds that are far less.

Especially after the United Airline’s incident which becomes very famous nowadays, other airlines are also increasing the amount of reward for an involuntary bump.

After this, the Delta Airlines comes up with a ‘Bid To Bump’ program. According to which, they invite customers to name a price for giving up their seat. But Airlines like JetBlue and Virgin America are doing good as they don’t have virtually any overbooking or bumping problem.

JetBlue Airways advertises that it does not overbook flights but the airline still reserves the right in its contract.

WHAT YOU REALLY NEED TO KNOW?

You may get less if you prefer to voluntary bump:

You can enjoy various federal rules if you’re booted against your will:

In case, the airlines aren’t able to get enough volunteers and carry the involuntary process of bumping passengers then there are rules attached to it which they need to follow.

Do check the Airline status:

Every airline sets its own policies when it comes to tackling the situation in which passengers are bumped.

According to the company’s contract of United flights, unaccompanied minors or the people with disabilities should be the last to be kicked off.

As per the American Airlines, it regulates the process by checking the order of check-in but will also weigh “severe hardships,” ticket cost and status within the carrier’s loyalty program.

Delta AirLines considers the check-in order and loyalty status too. And looks, if a passenger is slated to fly first or business class. The carrier is also ready to make exceptions for people with disabilities, unaccompanied minors and members of the military.

Avoid accepting the free flight if you want more money:

As per DOT, “Once you cash the check or accept the free flight, you will probably lose the ability to pursue more money from the airline later on.”

You should always try to negotiate a higher settlement via the airline’s complaint department. And if that doesn’t work, you have the right to sue the airline.

HOW TO AVOID GETTING BUMPED FROM A FLIGHT?

As per the statistics of the U.S. Department of Transportation, on average there is less than one of every 10,000 airline passengers who is bumped involuntarily.