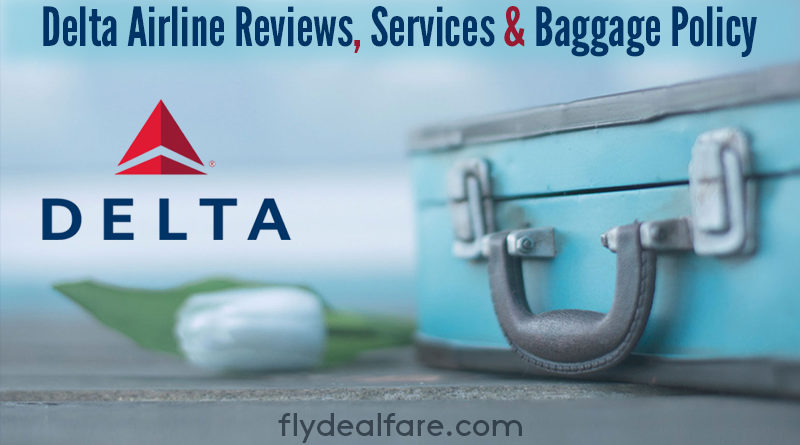 Delta Air Lines need no introduction as it is one of the most popular and major American airlines. It has its headquarters in Atlanta, Georgia and largest hub at Hartsfield–Jackson Atlanta International Airport.

Delta Airline along with its subsidiaries operates more than 5,400 flights on daily basis. It also supports an extensive network including 319 destinations in 54 countries on 6 continents.

Founded in 1924 as a crop dusting operation, Delta has grown from its humble beginnings and become one of the oldest American airlines still functioning. It is considered as a major player in the aviation sector. It is stationed at Atlanta International Airport, Atlanta, Georgia and is one of the top airlines operating over 5400 flights daily, and catering to 64 countries on six continents. Furthermore, it operates with other carriers such as Air France-KLM and Alitalia, as well as with Virgin Atlantic and Virgin Australia. As a regional player, it flies under the name of Delta Connection.

The carry-on stuff which you carry with you must not exceed 45 linear inches or 114 cm in a total of length + width + height including the handles and wheels.

You can carry 2 standard bags and the maximum limit is 10 bags.

Maximum dimensions of the baggage are 62 inches or 157 centimeters (length + width + height).

Maximum weight of the baggage is 50 pounds or 23 kilograms.

Delta has reached its current position through various mergers, over the years. It operates over 5000 flights daily to 325 destinations and has the distinction of flying to all six inhabited continents, a feat achieved by only a few other air carriers. Another major accomplishment for Delta is that it is the only American carrier to fly to destinations such as Bangkok, Copenhagen, Dakar, Istanbul, Johannesburg, Moscow, Prague and Reykjavik. The American carrier has a fleet of more than 800 aircraft and has the largest number of Boeing 767 and Airbus A330 carriers in its fleet, amongst the US airlines.

For its international flights, Delta has Delta One cabins for Business Class, long haul flights. It offers complimentary meals, alcoholic beverages, refreshments and an amenity kit to its Business Class passengers and flat beds in most of its aircraft. For its shorter and medium haul flights, it has a First Class cabin on all its domestic routes, with more than 50 seats. Passengers can avail of free snacks, drinks, and alcohol, along with full meals on routes more than 900 miles.

Delta Air Lines is known for its Delta Comfort+ seats, in its Economy Class. These seats offer 35-36 inches of pitch and 50% more recline space than the average Main Cabin seat. Amongst the other facilities, the Comfort+ seats offer, priority boarding, complimentary spirits, the choice of ordering a premium meal before departure, for international flights, the seat also gives you access to HBO programming. Passengers can also upgrade their Main Cabin seat to a Comfort+ seat by paying a fee or through their earned SkyMiles. You can also avail the free Comfort+ ticket in case you have bought a Main Cabin ticket.

The standard Economy Class, also known as Main Cabin, is available on all Delta aircraft. The travelers on these seats receive complimentary snacks, and non-alcoholic drinks on domestic flights, whereas for international long haul routes, full complimentary meals and alcoholic drinks are provided.

Delta announced that it would install the Aircell mobile broadband network, named ‘Gogo’. It will make the passengers to use the Wi-Fi services for their laptops, smartphones, and tablets. Delta has the largest fleet of Wi-Fi-equipped aircraft in the world.

If you are traveling through the United States, then you can easily avail the additional assistance related to wheelchair service. You just need to contact the airline before your travel and someone will be available to assist you at the airport.

Dogs, cats, and household birds can easily travel with you in the cabin for a one-way fee on a Delta Airlines’ flight. Where as Household birds are only permitted to travel on domestic U.S. flights. Talking about the fee attached to it, your pet is counted as one piece of carry-on baggage hence the cabin fees will apply accordingly. 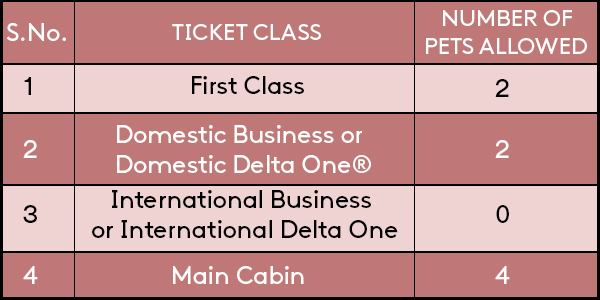 Facility of an extra seat space:

In case, you find it difficult to sit in your seat and want to sit somewhere else, then on Delta flights, there is also the facility which will make to avail the seat next to you by pushing the armrest down. There are chances that you might also consider purchasing an upgrade to First/Business Class.

We had very good customer service on our recent trip to Tampa! I was worried about traveling in light of the negative publicity surrounding different airlines, especially traveling with a 5-year-old, a 2-year-old and infant. Allowing us to board first and get settled was very helpful as well as allowing us to check car seats, strollers at no cost. But the best part was when we were coming back and my 2-year-old grandson had had enough refusing to buckle, wanting to get out of his seat, etc. A lady sat beside him and held his hand and talked with him, got him cookies and juice, showed him pictures of her children while we were taking off and landing. She was so good and sweet with him! Really made our trip home less stressful and more enjoyable!

I flew from Fayetteville to Minneapolis. Actually, I arrived at the airport with a broken ankle. I was dreading my flight to Minneapolis. I was pleased by the services of the attendants. After we board in the aircraft, we were met by a steward who made us feel very welcome and was so helpful. Even during the flight, the experience was very nice. The plane was beautiful- very clean and well maintained. The flight was on time and smooth plus the captain was great about keeping us informed! Thank you so much for such a pleasant surprise trip!

Excellent service from ground staff. They use your name when scanning your boarding pass and I noticed they used everyone’s surnames. It was pretty impressive. Onboard flight attendants were warm and cheerful. All flight attendants greeted me including those preparing the galley. The seat was a lie-flat with a Westin pillow and duvet, each individually wrapped. Great selection of movies, TV shows games and music. Slept for most of the trip but woke for the landing service. I had beef bourguignon along with the mashed potatoes. Delicious! They also had ‘laksa noodles’ which smelled good as well. Bathrooms clean and I like the blue LED mood lighting inside. Way to go Delta! It was the best international service from a US carrier so far.