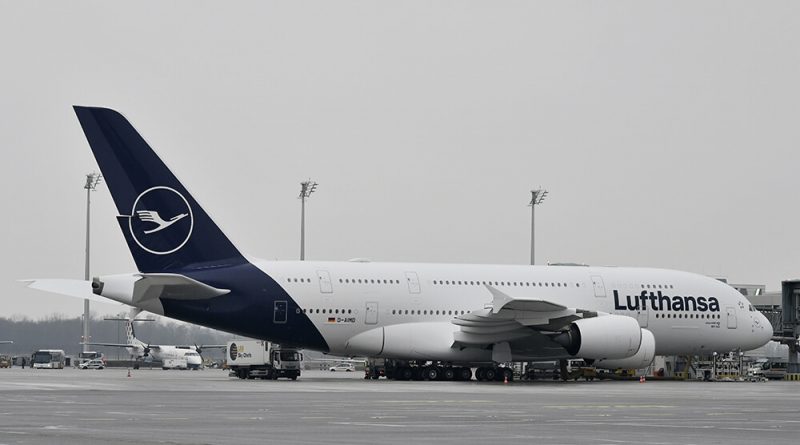 Lufthansa, also sometimes referred to as Lufthansa German Airline, is one of the largest airlines operating in Europe. The airline operates with its other subsidiaries, such as Austrian Airlines, Swiss International Air Lines, Eurowings and German Wings, making it the largest passenger airline fleets in the world. It is headquartered in Cologne and operates from its main hub of Frankfurt Airport. Its other major hub is the Munich Airport.

Majority of its aircrafts are from the two major manufacturers, Airbus and Boeing, as well as from Bombardier, Embraer, Fokker and BAE Systems, for its shorter and medium haul routes. The group comprises of 615 aircrafts, along with its subsidiaries.

The airline is operational in 193 international destinations and over 18 domestic destinations. Lufthansa flies to 81 countries through its flagships and its subsidiaries across Europe, Asia, Americas and Africa.

The airfares in Lufthansa cover the basic cost of transport from the departure location to the final destination. It is not fixed though. It depends on different factors and keeps on changing from time to time.

It depends on your route.

And then it depends on the time of booking. Airfares change according to the demand and traffic.

Furthermore, if you change your route, destination, date or time of departure after booking the flight tickets then additional fee applies.

If you change your destination the additional fare of that destination also gets added. But if the changed destination’s fare is less than the previous one, you will get your credit back.

You must know that you will pay the applicable taxes, fees and carrier charges imposed by the airline, government or other authority, or by the operator of an airport. At the time you purchase your ticket, you will be advised of taxes, fees and carrier charges not included in the fare, most of which will normally be shown separately on the ticket.

Lufthansa First Class has consistently received recognition for its exceptional services and has received accolades from Skytrax, which assesses the quality of airlines. It received five stars for its excellent services and first rate cabin comforts, on-board and for its First Class Terminal at Frankfurt Airport. Once on-board, rest assured of the comforts of a lie-flat bed, delicious cuisine and brilliant services.

Come and take delight in the new Business Class seats which transform into an almost 2-meter long, fully flat bed- to give you a relaxing and enjoyable experience. You will be plied with the choicest delicacies, fine wines and an attentive service to make your on-board experience filled with pleasure.

Be it a business traveller or one for leisure, the Lufthansa Premium Economy Class strives to offer you a comfortable travel experience, and avail benefits on the ground and in air. You can enjoy up to 50 per cent more space, legroom and on all sides and delight in choosing from a variety of menu, served on fine china tableware.

Enjoy the comforts of Economy Class with greater legroom, afforded by the slim construction of the seat backs. You may also enjoy delicious menus, as per your departure time and avail complimentary drinks from a wide selection. You will also be offered a movie snack during your inflight entertainment.

Lufthansa offers world class entertainment for its travellers. You can enjoy from over 100 movies, screened in eight different languages. There are also 200 TV programs on offer, making sure the children and adults’ entertainment is well taken care of. Lufthansa also knows that a large segment of its travellers are from Middle East, India, Japan and China, and hence caters to programs from these regions. There are also a wide variety of music options available, as well as around 30 radio channels.

All these options can be used with a very user friendly interface.

Lufthansa is one of the top most rating airlines in the world and all customers speak very highly of the food, staff service and value for money. The CEO of the German airline has plans to take up its rating to 5 stars by launching special customer experience focused initiatives. This proves how important they consider their customers and hence are willing to get the extra mile.

Jan Lutz Reimer writes “After flying different airlines in the last months I noticed on this Washington Dulles to Hamburg (via Frankfurt) flight how good Lufthansa is, even in Economy Class,” he further adds “The staff onboard were professional and efficient. Shortly after takeoff they served drinks with a snack, 20 minutes later hot towels and then a hot and very decent, tasty dinner. The light concept of this Boeing 747-8 is great!”

Fotis Giannousas from Greece says Best airline in my opinion. I flew with Lufthansa from Lagos to Athens via Frankfurt 1 month ago. The cabin crew was excellent and ready to help. The entertainment was very good, food was ok, and the seats were very comfortable. There was no delay in the flight,and no turbulence. I would recommend to fly with Lufthansa.”

If you have any question regarding your plan or to receive a claim form, contact Travelguard:

You can redeposit miles from fully unused award tickets within 1 year from the date of the issue once the reservation is cancelled.

You will have to pay 50 EUR or 70 CHF/ USD 60 for rebooking or cancelling a flight award. This amount may change or be waived for certain flight awards. You can change only the date and time of the booking.

Any changes in routes are not possible. A flight award once issued is non-transferable. The sale, exchange or offer for auction of award documents is not permitted. Miles from different mileage accounts cannot be transferred or combined.

You can also give flight awards to friends and relatives without payment without your having to accompany them on the flight. Flight awards passed on to third parties must be booked by you in person. But the relevant number of miles will be debited from your mileage account.

Check Baggage and other Fees