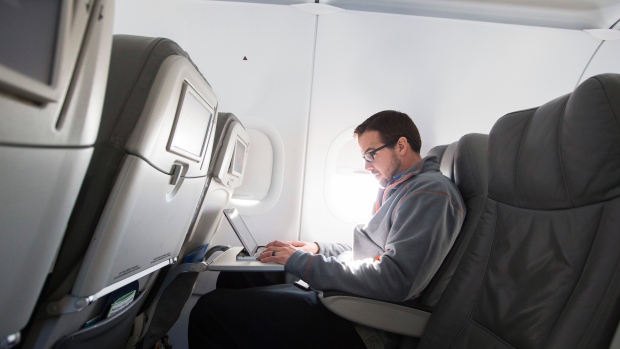 On Wednesday, in Brussels, the Homeland Security officials and their European Union exchanges security information after the US officials pressed their plan to put a ban on laptops and tablets in the cabins of trans-Atlantic flights which amid warnings of a resulting “economic tsunami.”

As per the joint statement from DHS and the European Commission, “Participants provided insight into existing aviation security standards and detection capabilities as well as recent security enhancements related to large electronic devices placed in checked baggage.”

According to the controversial US plan, the officials are planning to expand the ban on laptops and other electronics as established in March. Earlier the ban was put on U.S.-bound flights from 10 airports in eight countries in the Middle East and Africa. But in regards to that, there soon be seen an expansion that would involve routes carrying up to 65 million people annually on more than 400 daily flights as per the DHS.

This week, DHS spokesman Dave Lapan said that the plan had not been affected by news that President Trump shared with Russian officials’ classified information relating to security threats, possibly involving laptops on planes. He added; John Kelly (the DHS Secretary) had not made any final decision on the ban which has drawn fire from travel associations and even British airline pilots.

As per the estimation figures of the International Air Transport Association which regulates the servicing of over 250 airlines in more than 100 countries; this ban would probably cost more than $1 billion annually in lost time to passengers.

ICF, the global consulting firm has also estimated that about 30% of the nearly 100,000 passengers are business travelers who fly from Europe to the U.S. every single day. This ban will mostly affect them and almost 1 million hours of productivity would be lost per day.

The loss of hours of productivity working during a flight is just a small part of the problem, Mitchell said. The majority of the organizations won’t allow employees to check laptops for security reasons that mean U.S. travelers headed to Europe on business trip won’t able to find the vital tool for a week or more.

The most affected U.S. airlines because of this ban would be the trans-Atlantic flights of Delta, United, and American.

In case, the extension of the ban take place, then it is difficult for the U.S. carriers to handle such a change.

To this, the United spokeswoman Erin Benson has given a statement, the Chicago-based airline continues to monitor the situation. She also said in a statement to USA TODAY, “We are actively preparing contingency plans to support our customers and employees in the event we need to make any policy or procedure changes to comply with new government security directives.”

On the other hand, the officials of the other two major airlines flying to Europe that is the American and Delta Airlines refuse to discuss what they might do if the extension of electronics ban occurs. Though they each said they’d comply with any new regulations that are ultimately enacted.

The US Security Officials said that all the preventive steps are being taken as a result of two events that take place before. One was a bomb in a soda which leads to the destruction of a Russian Metrojet in October 2015. And the other was a laptop suspected of blowing a hole in the side of a Daallo Airlines flight in Somalia in February 2016.

The pilots also issued a statement saying that the risk is arising from storing electronic devices in the hold where they may catch fire. As the laptops consist Lithium batteries and if these devices are kept in the hold then there is a risk of fire which could lead to ‘Catastrophic’ Fire on Flights.