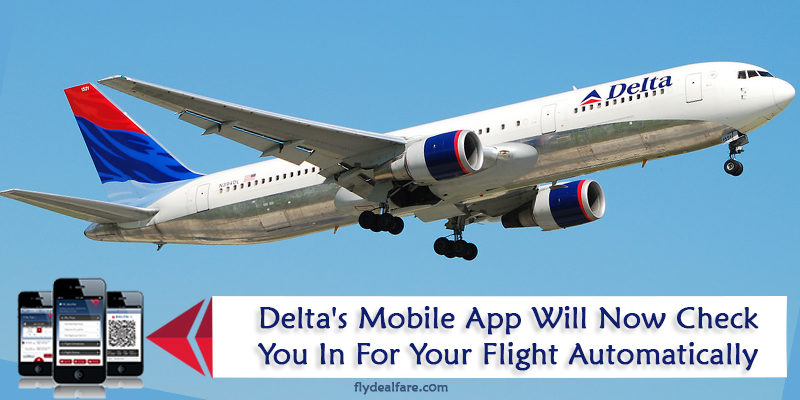 Delta Air Lines has launched an updated version of the iOS mobile app now checks travelers in for their flights automatically. This recent change is done in response to the demand of customers.

According to Henry Harteveldt (a travel industry analyst at Atmosphere Research Group), “Travelers now just have to click on the app and tap to acknowledge federal restrictions on banned items in luggage and a boarding pass will automatically generate.” In a statement to CNBC, Harteveldt tried the feature on a flight to New York on Thursday.

He added, Checking in for a flight is “a waste of the traveler’s time” and Delta is the only U.S. carrier to offer such a feature.

However, it is not planned yet that how the travelers will be able to tell the airline about their changes in the checking of baggage.

If you are thinking that Delta is the only airline to offer such a facility to the passengers, then you are wrong. Earlier this year, KLM has tested this facial-scanning technology that could replace boarding passes. On the other hand, JetBlue is also experimenting with biometric scans for travelers boarding flights from Boston to Aruba.

Delta has always introduced new stuff for the comfort and convenience of the passengers. A few days back, the airline has announced that the customers can treat themselves with a complimentary glass of Prosecco in-flight.

In addition to that, Delta has also become the very first United States Airline to add new service for the passengers through which they can enjoy free in-flight messaging.