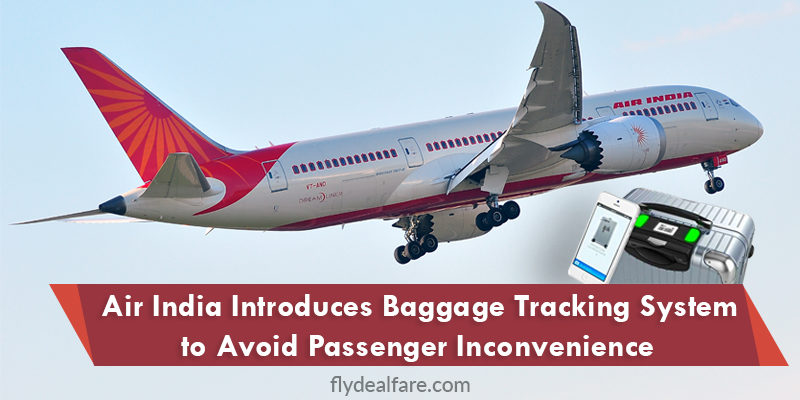 New Delhi: The flag carrier airline of India, Air India has introduced a baggage tracking system in order to minimize the issue of misplaced luggage. This initiative has been taken in order to make the overall traveling experience of the passengers easy and comfortable.

In a statement to News18, an Air India official has told that the airline had switched over to using Star Alliance’s baggage hub recently. They are extending the technology to track passenger baggage to make it more convenient for the passengers to move through the airport.

The airline also told the News18 about their recent switch over to Star Alliance’s baggage hub and extension of the technology to track passenger baggage.

The official of the airline added that “When our passengers, who travel internationally, do not receive their luggage upon landing, they undergo great distress. We are now taking measure to ensure this does not happen.”

He also added “Now if the baggage is not loaded or put on the wrong track, we would be able to tell the passenger about the status before he lands at his/her destination,”

Being the member of the biggest airlines alliance of the world (Star Alliance), Air India has become the only carrier in the country to currently have this tracking system.

The airline is taking continuous efforts to enhance the traveling experience of the passengers. Recently, Air India has launched a scheme for the economy class passengers to avail the upgrades to business class and first class.

In addition to that, the carrier has also announced 50% discount for Students, senior citizens, and army personnel back in the month of September.