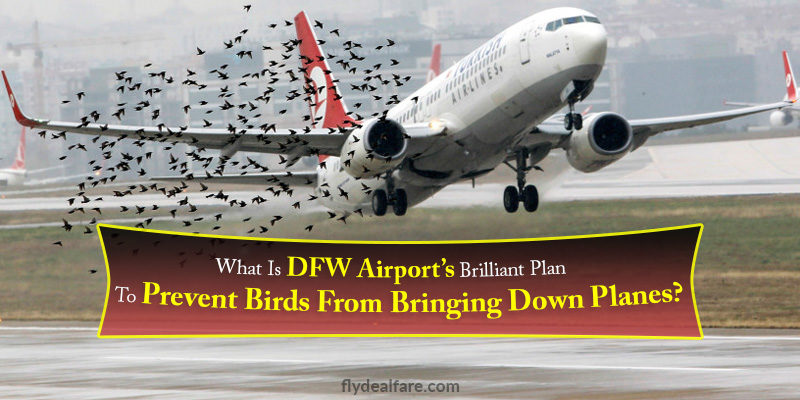 At DFW International Airport, the total cost of protecting passengers is in million for an annual session. And when it comes to the prevention of collisions of birds and airplanes, DFW Airport could become a pioneer.

It is an interesting fact that according to Bird Strike Committee USA, the wildlife strikes have been blamed for more than 250 deaths worldwide since 1988. It cost up to $900 million in the US on annual basis.

Cathy Boyles (DFW Airport’s wildlife administrator) has begun her study several years ago and eventually tweaking the local ecosystem to reduce bird strikes. Boyles’ this strategy has inspired others. This includes Dallas Love Field and Dallas Executive Airport along with the Portland International Airport that asked her to share her approach.

Boyles stated that “This is good for people, for planes and for the birds.”

Generally, collisions between the huge ton weighted airplanes and a bird weighing grams or pounds result in taking down the large passenger jets down. US Airways Flight 1549 is the best-known example for this, which landed in New York’s Hudson River in 2009 after hitting Canada geese.

In most of the cases, the presence of wildlife is enough to delay a takeoff, and a strike can force a plane to return to the airport.

Phil Shaw (managing director of Australia-based aviation risk consulting firm Avisure) stated that “Wildlife strikes causing fatalities or destroying aircraft have been flat for about the past 35 years.”

Being the fourth-busiest in the country, DFW airport witness a huge number of passengers every year and the passengers traveling through the Dallas/Fort Worth Airport’s renovated Terminal E can enjoy “new eats and seats”.

DFW Airport has witnessed a number of dramatic incidents but these collisions are more common than the public might realize. According to data from the Federal Aviation Administration, wildlife strikes more than doubled and reached an apparent record of 452 in 2014.

Well, keeping wildlife and airplanes apart is crucial and especially when there are tens of thousands of flights monthly at DFW Airport.