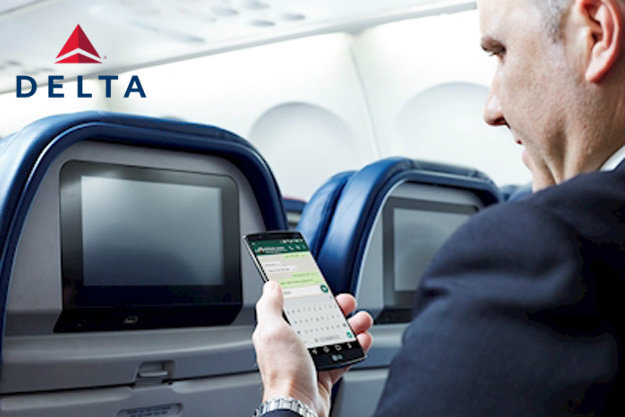 The frequent flyers of Delta Airlines can remain connected on flights. Recently, the airline has announced that and become the very first United States Airline to do so. As per this new service, passengers can enjoy free in-flight messaging.

This new service will launch by 1st of October. It will allow the customers to use the apps like iMessage, WhatsApp, and Facebook Messenger during flights. Passengers can access it through Delta’s Wi-Fi portal page.

As per the airline, this service will be available on all the Delta planes with two or more cabins that already carry Gogo’s internet service.

The airline also stated that with the starting of this service, it will become the airline with most aircraft offering free messaging. The airline focuses on bringing the service to most of its customers.

But the passengers need to be aware of the fact that this new service will only support text, not the audio and video files.

The airline also stated that they are planning to expand their in-flight entertainment options along with the high-speed Wi-Fi service. Over the next two years, for domestic and international flights, there will be more than 600 aircraft supporting faster internet facility.

Passengers will definitely avail the benefits of the service of the U.S.-based airline. Delta is continuously making efforts to enhance the overall experience of the passengers. Recently, the airline has introduced the culinary offerings to the passengers by partnering with well-known chefs for the international business class dishes.

The stock of the airline was inactive in the premarket trade. But now it has 8.2% over the past three months.