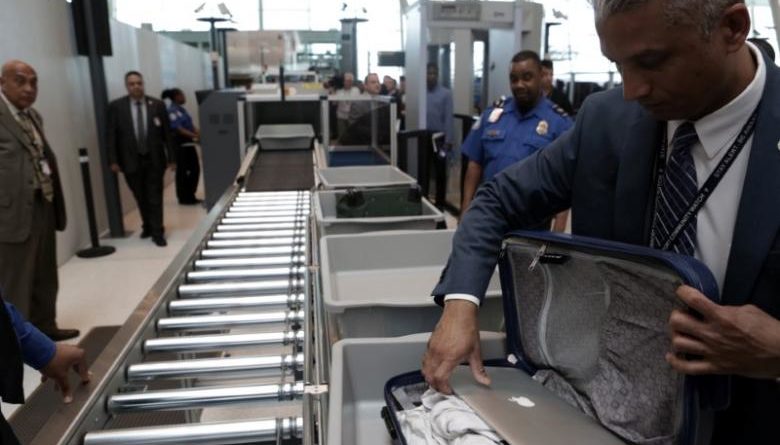 On Wednesday, US announced that it will introduce new security rules for all the airlines flying onto the country but is not in a mood to do any expansions regarding the carry-on laptop ban.

John Kelly, Secretary of Homeland Security has stated that “We cannot play international whack-a-mole with each new threat. Instead, we must put in place new measures across the board to keep the traveling public safe and make it harder for terrorists to succeed.”

He added; evolving terror threats has forced the officials to raise the security standards for airlines from all the countries which are better than taking a piecemeal approach to personal electronics. Hence we must put in place new measures across the board to keep the traveling public safe and make it harder for terrorists to succeed.

According to the US and Europe officials, Airlines have 21 days to put in place the increased explosive screening and around 120 days for the other security measures which include the screening of airline passengers.

With the imposition of restrictions on a laptop in March by the USA  on all flights originating at the 10 middle east airports in around 8 countries, namely Saudi Arabia, Egypt, Turkey, Qatar, Kuwait and others, Britain also follows the same path and form a similar set of restrictions. And all this was due to fears that a concealed bomb could be installed in electronic devices taken aboard aircraft.

As per the sources earlier this month, United States may consider enhancements like explosive trace detection screening, additional detection dogs, and increased vetting of airport staff.

Mostly these devices i.e. laptops are used by the business class passengers who pay double or more than double for the ticket. Hence the airline industry had feared that the imposition of the ban may have an adverse impact on them and could cut into revenue.

According to the Airline officials, they also need to adjust the expanded screening costs. They are also concerned about adding advanced measures to all of the roughly 280 airports that have direct flights to the United States.

After this, there can be seen a rise in the US Airline stock on Wednesday. The airline show improvement of 1.4% and on the other side Delta Air Lines and American Airlines show around 2.3% of growth. Presently, no airline has commented on the same.

There are also plans that the Homeland Security Officials may announce that the airports are not added in the listing if they do not follow the required restrictions on new security requirements.

In the beginning of April, Kelly stated that the laptop ban may get expand to other airports too and in the month of May, the government could potentially expand the ban worldwide.

But now on Wednesday in Washington, Kelly stated that he considered a “step by step” security enhancement plan that will include short, medium and long-term improvements that may take a year to settle down. And the airlines need to take this issue seriously.

If US officials had insisted on the expanded laptop ban, it could harm business travel. – A statement by Robert Mann (analyst at R.W. Mann & Co)

He also added; the new computer tomography or “CT” scanners is being tested in Boston & Phoenix which may help to address long-term screening issues. The current screening devices are not as effective as it can’t even tell the difference between a block of cheese and a block of Semtex plastic explosives because these items have the same density.

Another reason for this to take place is that the US Transportation Secretary Elaine Chao has mentioned at June Senate hearing that the lithium ion batteries on airplanes can cause a big problem and may pose a fire risk.