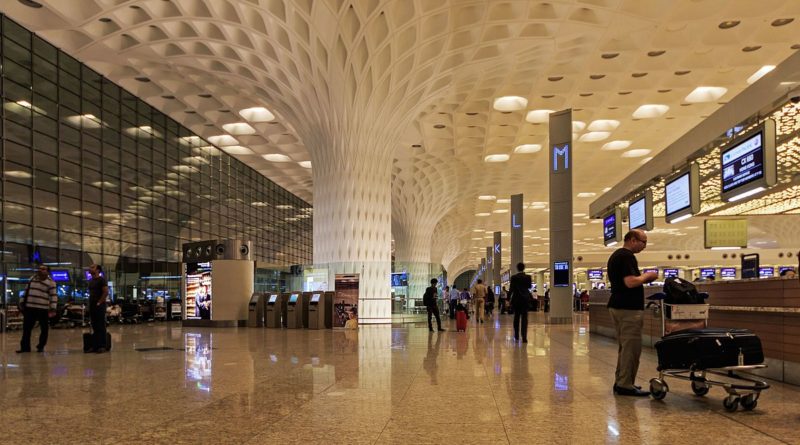 The airport is also the second busiest in India after the Delhi’s Indira Gandhi International Airport in terms of total and international passenger traffic. The airport holds the 14th position when it comes to know the busiest airport of Asia and 29th in the world.

In the year 2016, the airport supports more than 44.68 million passengers. In the session 2016-17 only, the passenger traffic at the airport crossed 45 million. In addition to that, the airport also considers the 2nd busiest in terms of cargo traffic.

The Terminal 1 is used for domestic flights. This building was initially used for international and domestic operations and was refurbished several times over the decades. The terminal is used by SpiceJet, GoAir and IndiGo and it supports 11 passenger boarding bridges in total. MIAL, Mumbai International Airport Limited renamed the T1B to T1 in the year 2017 in order to help the fliers identify it easily.

The terminal has more than 5,000 square meters of landscaping and a multi level car park which can support 5,000 cars at a time. Along with that, it also has 192 check-in counters and 60 immigration counters for departing passengers. For arriving travelers, it has 76 immigration counters too. The building also supports 48 escalators and 75 elevators.

At the Terminal 2, passengers can easily enjoy the services of luxurious lounges and on the other hand it also has a library, numerous fine-dining options, and a business centre. Travelers all around the world can also enjoy facilities like smoking zone, Food and Beverage, bar, luxury spa, shower area and a relaxation area. The luxury lounge at the airport has also won the title of ‘World’s Leading Airport Lounge – First Class 2015’ award at the World Travel Awards 2015.

If you want to sleep at the Mumbai Airport, then you need to know the following number of hotels located near the airport:

Passengers can easily admire the culturally-rich artworks which are on display throughout the airport.

If you are worried about the ATMs machine facilities at the airport, then you don’t need to. These are easily available in T1 Departures and Arrivals areas of the airport.

It is always preferable to carry the currency in the country which you are traveling but in case you can’t, then there is availability of currency exchange at the Mumbai Airport.

Passengers can also enjoy the duty-free shopping at the Terminal 2 at both Mumbai airport international departures as well as Arrivals sections. They can buy numerous kind of stuff from a wide variety of retail shops throughout the terminals.

Passengers can enjoy a number of food options throughout the airport. These options are open 24 hours a day:

Passengers can also avail the luggage locker facility at the airport. This facility is available in all the terminals with the storage period of up to 90 days. You can store your luggage in the Domestic terminal and can also retrieve it over in International, or vice versa by paying a certain fee per bag for up to six hours of storage. For certain oversized items, you need to pay additional charges.

There is also the availability of emergency medical care facilities at the airport which is available 24 hours a day in the airport’s Medical Inspection rooms.

The locations of the medical facilities are as follow:

You can also avail the postal service at the airport which is available in the following locations:

There is also the availability of Prayer rooms at the Mumbai domestic airport at the following locations:

Smoking rooms are also there at the Chhatrapati Shivaji International airport in the following locations:

Passengers can easily remove their tiredness at the airport only by availing the extensive services of at Heaven on Earth Spa. Here you can enjoy the express foot reflexology as well as full body treatments. It is located in all terminals including 1B, 1C, T2 Domestic, International Arrivals and International Departures.

There are a number of buses which serve the airport along with the private buses. If you are new at the airport, then you can get all the bus information at the Information Desks located in the Arrivals areas of each terminal.

Choosing a licensed taxi or a prepaid taxi service is also a good option for transportation at the airport to reach the city from the airport.

At the airport, there are three different railway lines that reach to almost all parts of the city and the suburbs. These are the Western Line, the Central Main Line, and the Harbour Line. These stations can be reached from the airport by bus, taxi or auto-rickshaw and trains from these two stations can be used to reach other parts of the country. 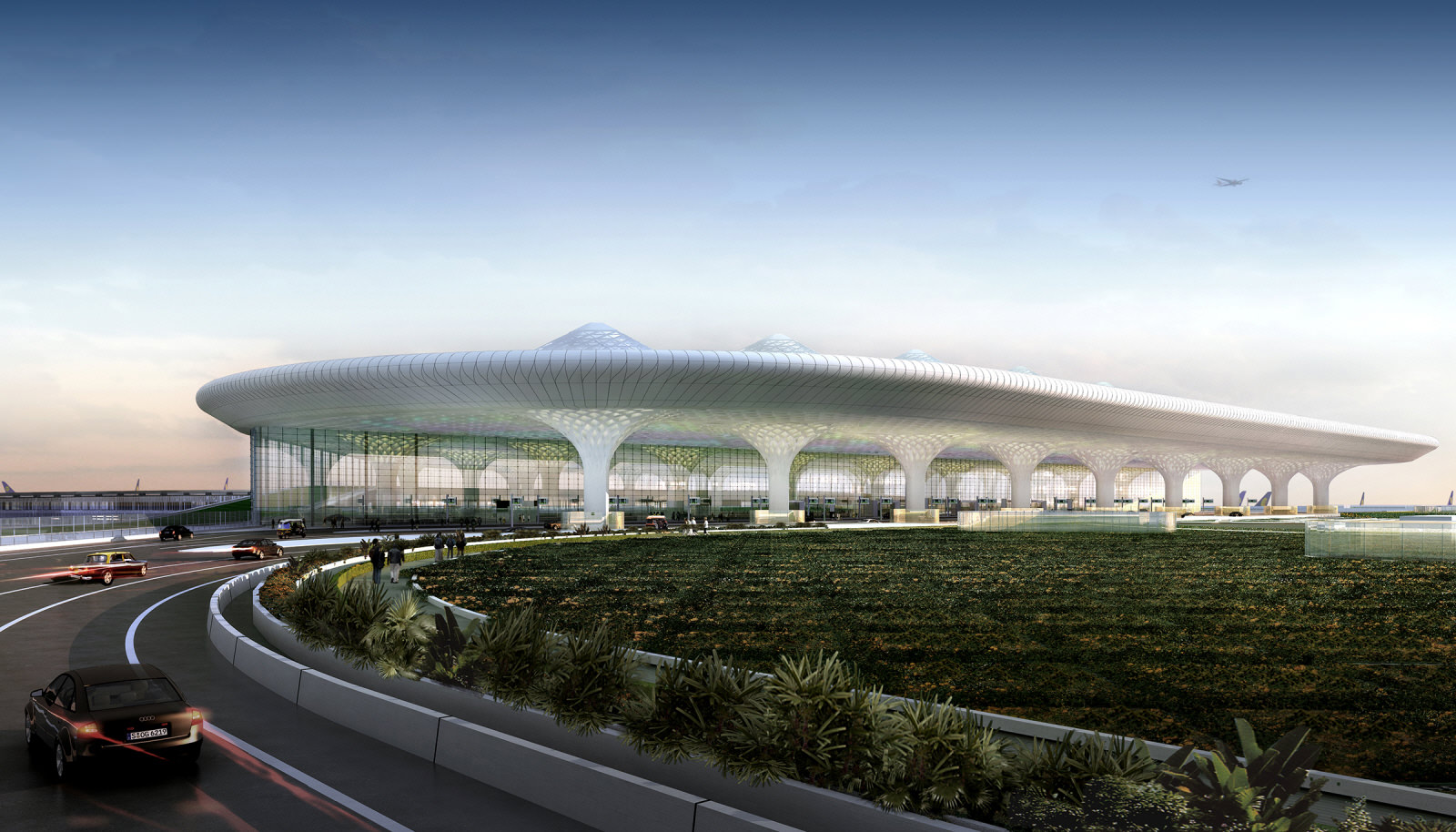 Following are the reviews of Mumbai International Airport:

I flew on BA to London with a young family on the 2.30am departure. The terminal building is simply stunning from both the outside. The ceiling and columns are mind-blowing. BA Silver status enabled sofa check-in whereby all paperwork is carried out whilst seated away from the crowds on a quiet sofa. This then led to a separate business class security check and immigration. Upon entering the duty-free area it is like any of the top airports in the world with an impressive variety of shops restaurants bars boutiques and bars – all neatly laid out. The signage and announcements are very clear and precise – it sounds like they hired the same lady who announces in Heathrow T5. What set the airport apart was the stunning Indian artwork – great to see India showcasing indigenous art and culture and adding a personal touch when compared to the many bland and functional airports around the world. The GVK lounge is shared and has more than enough comfy seats a wide variety of local and imported alcohol as well as Indian and international food. The walk to the gate was smooth – our kids didn’t wake up at all through the whole airport experience – testimony to what a smooth experience departing from Mumbai is today. Another world from what it used to be!

Only seen in the pictures before we landed at CSIA on March 31st. I couldn’t believe that the terminal actually looks much better than in the pictures. Excellent facilities and a very neat and clean airport. Were out of immigration customs and baggage claim areas in less than 30 minutes! Departure on April 21st was even smoother. Overall, it was a very pleasant experience.

Mumbai is an airport that has character and personality. It has all the amenities of a western airport. Clean washrooms, excellent shopping, and food options are all there. And being in India, it is very Indian in architecture and feels. Truly an exceptional airport – I enjoyed both my arrival and departure as both were smooth and without any issues at all.