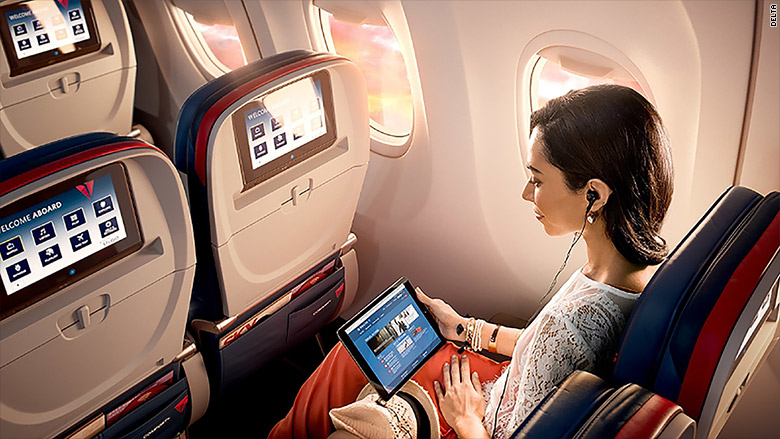 When it comes to Wi-Fi facility to passengers, Delta Air Lines is one of the world’s largest providers of in-flight Internet. More than 1100 aircrafts of the airline are equipped with Wi-Fi, powered by Gogo. Passengers can access the Delta’s Wi-Fi like other major airlines.

Talking about the Delta Wi-Fi passes, it consists following categories:

Recently in 2017, Delta also announced that the fliers can enjoy the Wi-Fi facility on-board. This lets them stay connected as they are able to send basic texts via iMessage, WhatsApp, and Facebook Messenger for free. By doing so, Delta becomes the very first United States Airline to offer this service to passengers.

The other details which you need to know regarding this service are that this facility is not required for the complimentary messaging service. Video and photo messages will not be accepted.

Delta WI-FI works upon a variety of signal technologies in order to provide a perfect internet connection to the fliers. Delta is working on upgrading its fleet to use Ku band technology (with an antenna on the top of the plane communicates with satellites in orbit). Presently, the airline is working on a cheaper-but-slower ground-to-air option (with an antenna on the bottom of the plane communicates with existing cell towers on the ground).

The Ku band technology not only delivers a strong signal but also prove much effective than ground-to-air when planes fly over bodies of water. In short, from the moment you board until the time you exit the plane, you can have seamless Wi-Fi connectivity.