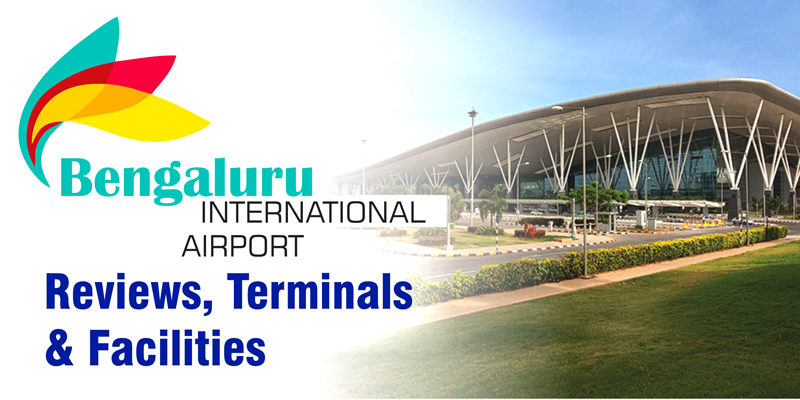 The airport is named after Kempe Gowda I (founder of Bangalore). It has become Karnataka’s first fully solar-powered airport.

Kempegowda International Airport is the third busiest airport in India after the airports of Delhi and Mumbai. The lesser known fact about KIAB is that it has received the Gold rating in LEED India from the Indian Green Building Council for energy efficient, eco-friendly and sustainable terminal building design. The Bangalore airport code is BLR.

One of the different facts about the airport is that it operates a single terminal either for domestic and international flights. The airport handles more than 22.2 million passengers in the year 2016. And it is expected that it may handle over 40 million passengers per year.

Bangalore domestic airport has the following terminals to regulate its operations:

The Terminal 1 at the airport supports both domestic as well as international operations. It can handle 20 million passengers on annual basis. Passengers can find the check-in and baggage reclaim on the lower floor and all the departure gates on the upper floor. 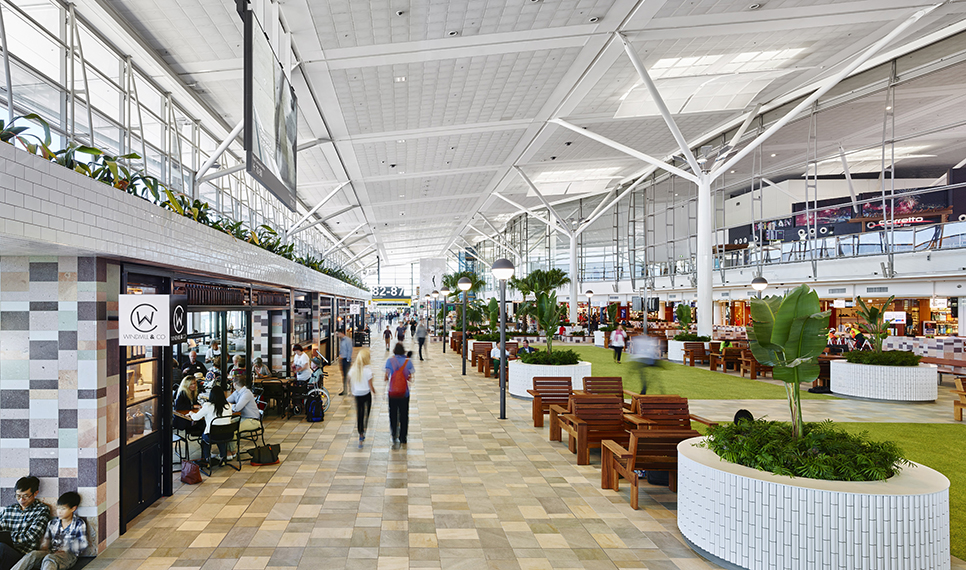 You can also avail the services of lounges at Above Ground Level and Plaza Premium Lounge, which also operates a day hotel in the terminal.

Passengers can pick the following Bangalore airport hotels for their stay and all of them have located nearby the airport.

The Bangalore International Airport also supports the Buggy service for the senior citizens, women with children and persons with reduced mobility in mind. You can avail this service at the Outer Curb on the Departure side. At the International Security Hold Area, there is a second buggy is stationed.

There is also the wheelchair facility for the persons with reduced mobility so that they can have a unique and positive traveling experience.

For all the shopaholic travelers, there is the availability of duty-free shopping at the airport.

You will find the new VIP Lounge on level 1 of the terminal at Kempegowda International Airport. It serves its services to passengers of both domestic and international dignitaries.

Talking about the features, you can find comfortable seating, Wi-Fi facility, Televisions and Flight Information Display Systems and more facilities at this lounge. It is available 24 hours and in a single time, around 20 guests can sit over here. 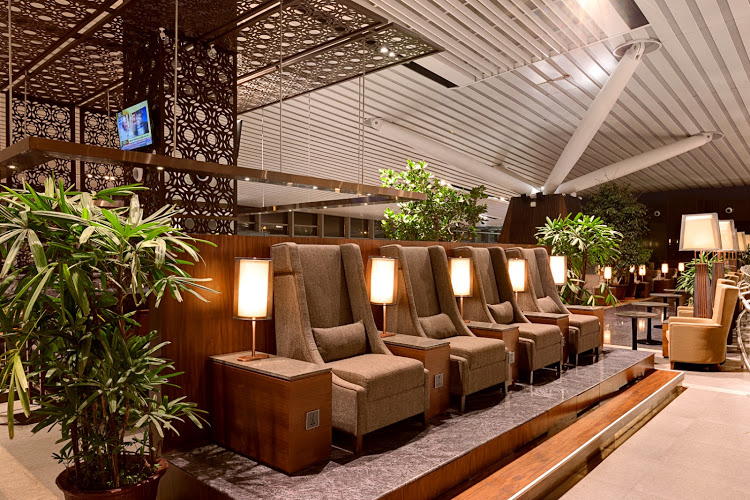 The Above Ground Level Lounge is also available at the domestic and international terminals of Kempegowda International Airport. Travelers of all classes can get the glimpse of this lounge. The design of this lounge is modern yet inspired from the traditional roots. It features stuff like a fully equipped bar, a wide choice of tea, coffee and soft drinks, free high-speed WI-FI, recharging stations, wide television screens, 24×7 coffee shops, and more.

Items found are retained for a period of three months from the date of deposit. Stuff like Bank cards, chequebooks and passbooks are disposed of after 72 hrs. Perishable Items will be disposed within 24 hours.

Passengers can get the glimpse of the Bangalore airport parking facilities at the Kempegowda Bangalore International Airport at 3 levels:

Passengers can enjoy the ATM facilities throughout the terminal as there are plenty of them.

Travelers all around the world can accommodate in the Day Hotel which features cozy rooms and a plenty of services. It has around 20 rooms of different categories as per the needs of the passengers. You can find it at the second level of the Terminal. It is opened 24 hours 7 days week.

Talking about the BLR airport transportation, you have the following options:

The Bangalore Metropolitan Transport Corporation provides the bus transportation to major parts of the city through the Vayu Vajra service. It is operated using a fleet of Volvo B7RLE buses. 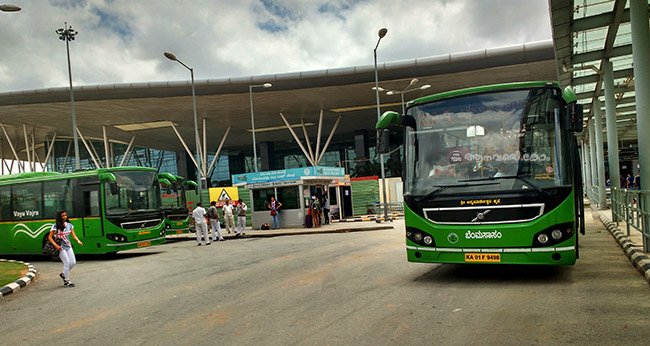 A Namma Metro link between Bangalore city and the airport is planned. A high-speed rail link was previously considered and went as far as obtaining approval from the Union Government. The project was eventually scrapped because of high costs and the lack of stops along the line.

Bangalore is a newly built airport a bit far from the city, but well planned and spacious. The staff was well groomed and immigration staff was also impressive. On comparing with other airports, I found Bangalore is far better than others. Though the airport is a bit far from the city, it is well connected to the city through AC public transportation buses. Overall, it is a very nice Indian airport to be happy about.

I took a public bus service from city to the airport because it is little far from city center. As I entered the terminal building, I find it very clean and comfortable. It took only 5 minutes for the security checks and I immediately went to the boarding gate. I purchased few food items which were good quality. Wi-Fi has good speed but it is limited to 45 min. I think seating needs a little improvement and more changing points should be installed. I think Bangalore airport handles more passengers than capacity. So it needs a new terminal and runway.

I lost my suit jacket at the waiting lounge of Bangalore airport while boarding a flight to Pune. Talking about the Lost & Found Section, swift action was taken by their team on my request and I was immediately informed that they have found my jacket. I got it back in good condition without any problem. Being a Belgian national, I have traveled all around the world and at times of lost baggage in the US and Europe, it is still not located. Therefore, I was pleasantly surprised at the quick action taken by BIAL. I am very thankful to the BIAL Lost & Found Team who handled it very efficiently.