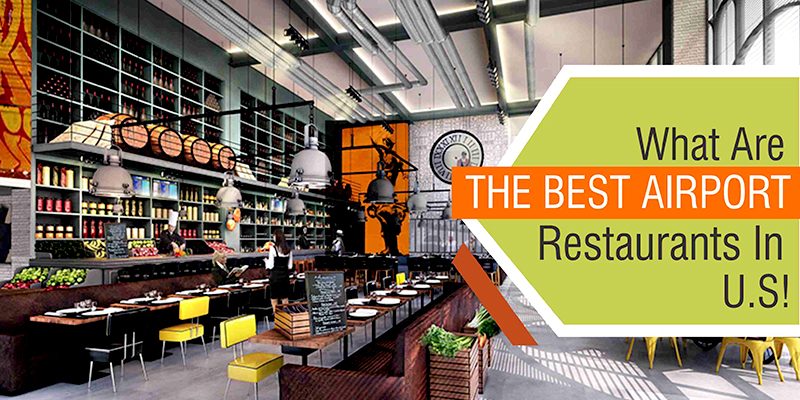 Every Airport food doesn’t have to end with Whoppers. Move around some airports and you can find local favorites which are the branches of well-loved hometown eateries that give a taste of regional flavor.

Below are the best-picked airports with the best eateries available in the U.S. They are ranging from a good fast-food burger joint to a one of the best in the world destination restaurant. Be aware, and you might get to have a memorable meal at the airport next time.

It is one result of the Albuquerque International Sunport’s smart policy of supporting local. This local chain serves the New Mexico cuisine which is machaca enchiladas, honey-drenched sopapillas, and green chiles. Since this is New Mexico, the food can get very spicy because it’s not American-Mexican and it’s not Mexican-Mexican but it’s New Mexican. Garduno’s is on level 3 at the airport before security.

At this major international hub, terminal 2 and 7 are your best bets among a general set of restaurants because this celebrity chef’s restaurant tries to be ambitious, with a sort of creative nouveau-Mexican-American cuisine and combination of steakhouse standards. Crab nachos, Steak Frites, gourmet tacos and roasted swordfish are on the menu, and prices are pretty high unless prefer tacos.

A unique, and a wacky outer-space-themed building all by itself on the airport campus. It’s a 1960s Star Trek set gone Technicolor serving “art-food that’s simultaneously hip and kid-friendly. Quirky Encounter is worth an encounter so visit and have a blue cocktail at the lava lamp-festooned bar.

In downtown Minneapolis, it’s a spinoff of a beloved forties-themed restaurant/bar. Before security in the Minneapolis airport, they’ve opened a fine-dining steakhouse. The menu is old-fashioned including steaks, pot roast, a hot turkey dinner, plenty of vegetable sides in thick, burgers, shakes, and buttery sauces. You can also just enjoy the ambiance by sitting at the old-timey bar and ordering some cocktails. The restaurant is in the Lindbergh Terminal mall near concourse E.

It’s one of the most celebrated branches of restaurants in Seattle. Ivar’s since 1938, has been dishing up chowder and seafood, it’s probably the best restaurant in Seattle’s airport. Scallops and chips, Fish and chips, clam and chowder and chips and are the specialties here. According to the company, they are using only wild Alaskan deep water halibut Pacific True cod, and salmon caught directly from the Katie Ann vessel. You can find Ivar’s in the central terminal area after security.