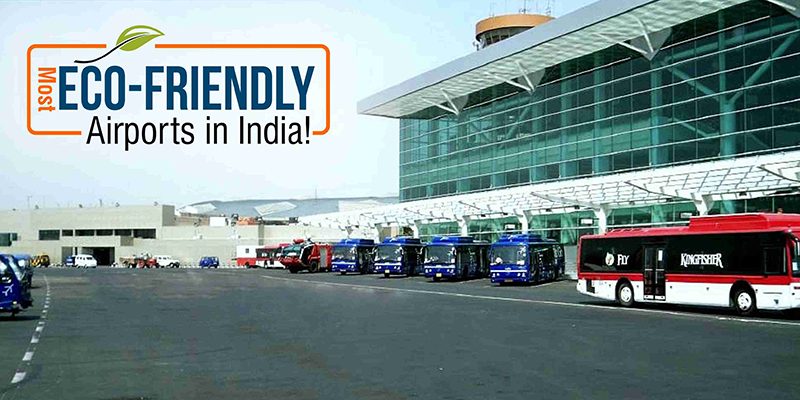 The Indian airports with some of the most eco-friendly initiatives can be named as follows:

Delhi’s International Airport has set a benchmark for other Indian airports. This GMR group’s subsidiary company has been declared to be the World’s fourth-best airport and APAC’s best airport for the improved air Service Quality by Airports Council International in the category of 15 to 25 million passengers.

For its eco-friendly, sustainable and energy efficient building design the airport received the Gold rating in LEED India from the Indian Green Building Council. For increasing its energy efficiency and reduce its carbon footprint, the airport has also applied for the installation of a grid to a 2 MW solar power plant.

Chandigarh airport has a 24.5% stake in Haryana and Punjab each and the rest 51% stake with AAI which is located about 9km from the city center. Built using eco-friendly technology, the new terminal at the airport was inaugurated on 11th September 2015. LED lights account for its 40% lighting needs and the airport has only natural lighting during the day.

200 kW Solar panel has also been installed at the airport which also has a water harvesting facility, and the water treated by extended aeration system used for various purposes like gardening. Apart from just dividing the heavy traffic faced by Delhi’s International Airport after getting functional, it also sets an example of a sustainable airport.