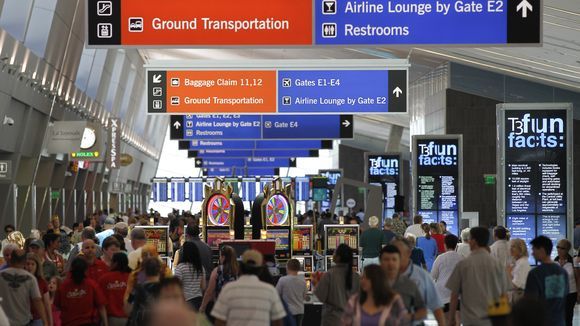 Last month only, more than 4.2 million passengers have traveled through McCarran International Airport. And this number marks the busiest month of May in the history of the airline till now.

If we compare the current figures with the last year data of the airport’s total passengers i.e. with May 2016 which include 4.1 million passengers arrived and departed through McCarran but this year in 2017, the number is over 19.5 million people who have passed through McCarran. That means there is a jump of around 2.4 percent as compared to the figures in 2016.

Despite facing the crucial months, especially April after the Dr. Dao incident; United Airlines come back with new energy and has experienced a fantastic growth in May by posting an 11.5 percent increase over May 2016.

On the other side, the other airline named Southwest which is supposed to be McCarran’s largest domestic carrier reported a year-over-year drop of roughly 8,000 passengers.

Not only that, the other carriers such as American, Delta, and Spirit also reported decreases in passenger volume from the last month. These three airlines indulge in the five highest-volume carriers at McCarran too. Overall, the Southwest and American airlines have posted declines in the year 2017. Whereas United, Delta and Spirit Airlines have shown a sort of growth as compared to the last year’s figures.

In total, the International Travel also shows a fall of around 3.3 percent in the month of May as compared to May 2016.

These calculations counted the arrivals and the departures separately that means the typical visitor to Las Vegas counts as two passengers.