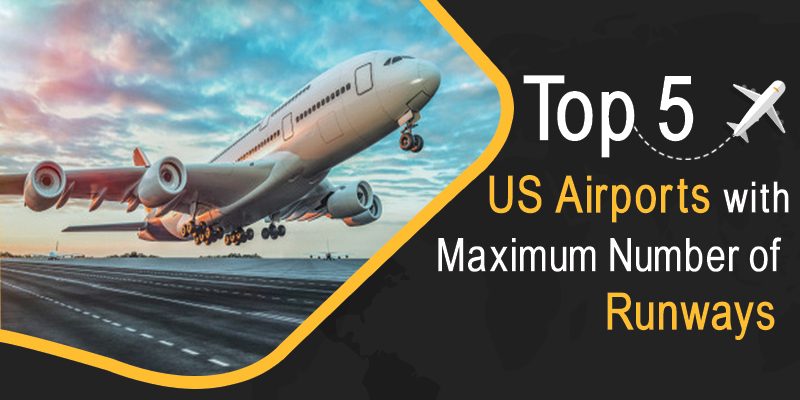 Here’s the list of airports in US with maximum number of runways:

2.Dallas/Fort. Worth International Airport with 7 runways: 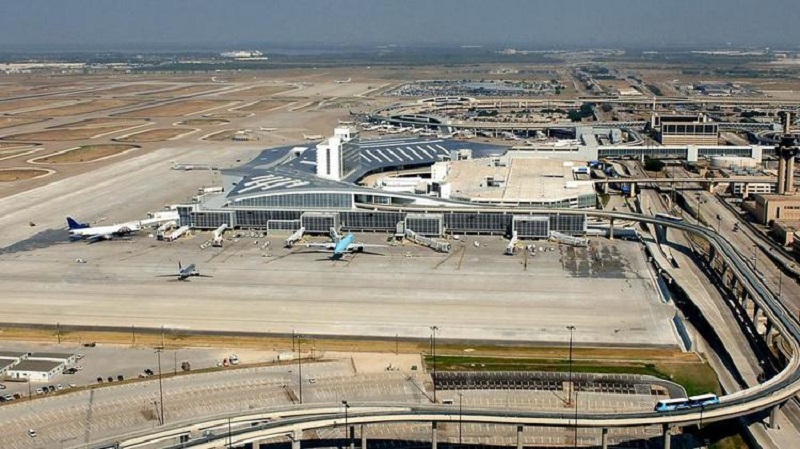 Dallas/Fort Worth International Airport, also known as DFW Airport, is the primary international airport serving the Dallas–Fort Worth metroplex area in the U.S. state of Texas. It is the largest hub for American Airlines, which is headquartered near the airport. This airport is situated over 17,207 acres serving around 257 destinations.

The airport was built with four primary north-south runways with a length of 1,388 feet (3,471 m) to 13,400 feet. With the rebuilding of terminals, these were also extended. In 1996, 7th runways were also built. It is the only airport with 4 serviceable paved runways longer than 4,000 meters in the world. 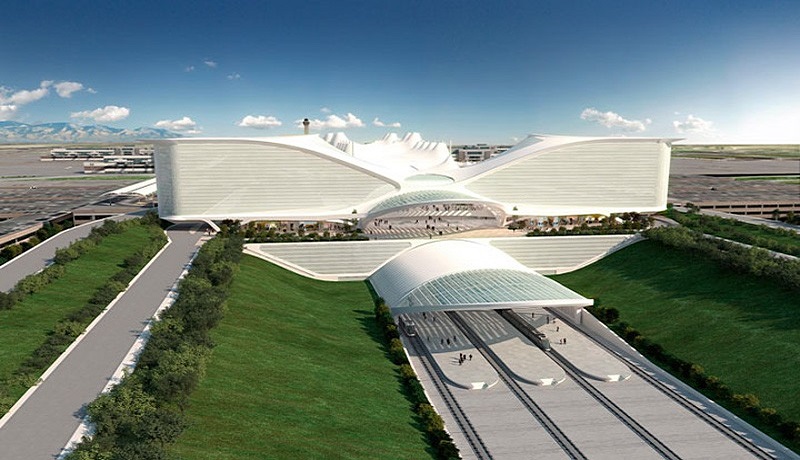 Denver International Airport, locally known as DIA, is an international airport in the Western United States, primarily serving metropolitan Denver, Colorado, as well as the greater Front Range Urban Corridor. Denver International Airport is the largest airport in North America with total of 6 runways. The airport is situated over 33,531 acres serving around 215 destinations. The current runways are four North-South and two East-West in which five of the runways are 12,000ft long and 150ft wide while the sixth is 16,000ft long and 200ft wide. The airport has the capability of up to 12 runways. The sixth runway is the longest commercial runway in North America. 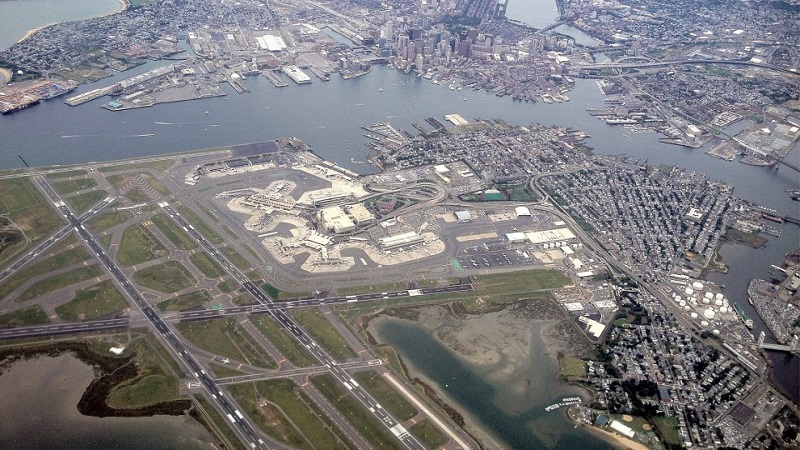 November 2006, runway 14-32 became Logan’s first major runway addition. After many moderations in runways, not the new runway has significantly reduced congestion at the airport by allowing 75,000 more flights each year.

Detroit Metropolitan Wayne County Airport, usually called Detroit Metro Airport, Metro Airport, or just DTW, is a major international airport in the United States covering 4,850 acres in Romulus, Michigan. It is the primary international airport serving Detroit and is Michigan’s busiest airport. It has a total of 6 runways with four main runways and two crosswind runways. Previously it was built with three runways that were expanded in 1947 and 1949 three more runways were built.

1.> What are the top 5 largest airports in the US?

Ans:- And in what will come as a surprise to virtually no one, Singapore Changi Airport has for the eighth year in a row been crowned the “World’s Best Airport.” Tokyo Haneda Airport earned second place and Doha’s Hamad International Airport rose to the number three spot.

3.> What is the smallest airport in the US?