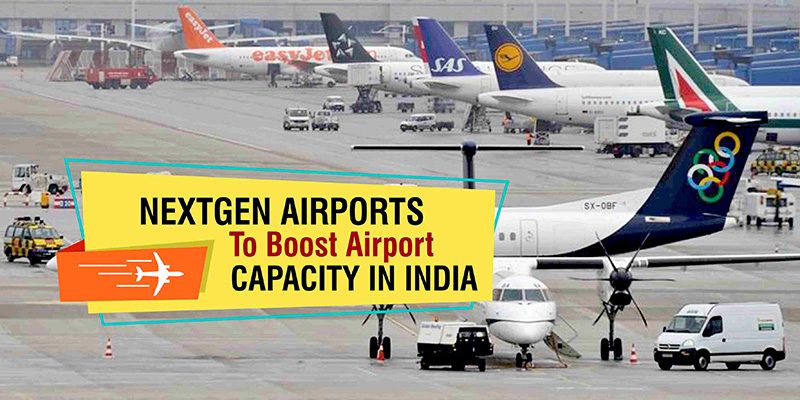 The Indian Government has announced a scheme to expand the airport capacity, more than five times. It is done to handle a billion trips a year under a new scheme called NextGen Airports for Bharat (NABH) Nirman.

As per this scheme, investments have to be made for airport upgrade process by the private sector and the state-owned Airports Authority of India, in the due course of time.

Arun Jaitley (Finance minister) announced that “We propose to expand our airport capacity more than five times to handle a billion trips a year under a new initiative – NABH Nirman.”

This scheme was firstly reported in the month of November. It includes an estimated investment of Rs 4 Lakh Crore to establish about 100 airports in 15 years. The private sector will do the large percentage of the investment for the same.

Guruprasad Mohapatra (AAI chairman) stated that increased infrastructure spends in the airport sector is the need of the hour. Hence, a substantial funding is expected from the private sector.