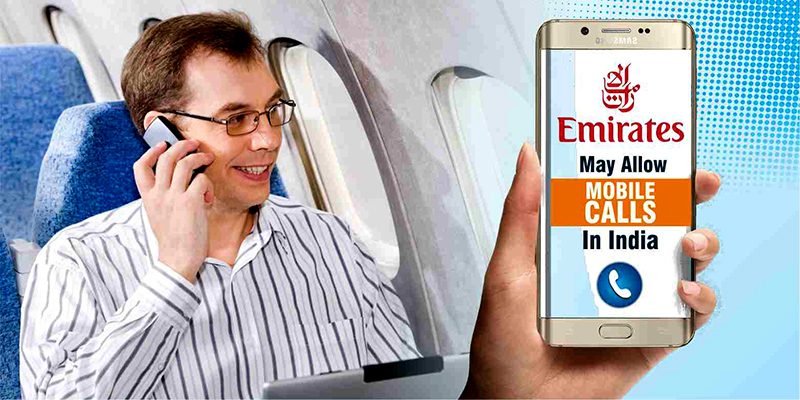 Emirates has some good news for the Indian travelers flying to, from and over India. They may soon be allowed to make calls using their mobile phones, apart from offering onboard internet.

The airline stated to TOI that it will seek regulatory approvals to allow “customers to connect using Wi-Fi and mobile phones over India very soon.”

Patrick Brannelly (Emirates’ head of customer experience) mentioned it to TOI: “TRAI recommendation to allow in-flight Wi-Fi and mobile services on flights within Indian airspace is good news for our customers.”

All the important details of this facility have been mentioned on the Emirates website. You need to have a roaming agreement with the service providers if you want to make calls or use data on your mobile. Talking about the rates, you will be charged by your service provider in line with international roaming rates. This is for countries that allow the use of mobile phones in the air, a list that India joined on January 19.

Lufthansa had also said it will offer Wi-Fi on its India flight but it did not enable mobile services as the same is seen as too much of a nuisance for fellow travelers. There is another leading international airline that has the Wi-Fi and phones on its planes but it totally discourages the voice calls during flights.

Currently, Emirates offers 20 MB of free data to all passengers. For additional data, you need to purchase it in 150 MB or 500 MB blocks. The Wi-Fi is totally free for the premium flyers. Emirates is one of the largest foreign airlines in India in terms of passengers flown in and out of the country.

However, the Indian telecom companies totally oppose this proposal by saying that they should be allowed to provide IFC.

The official of another international airline stated that “Once there is clarity on this, we will know who to reach out to provide IFC on our flights to, from and over India.”