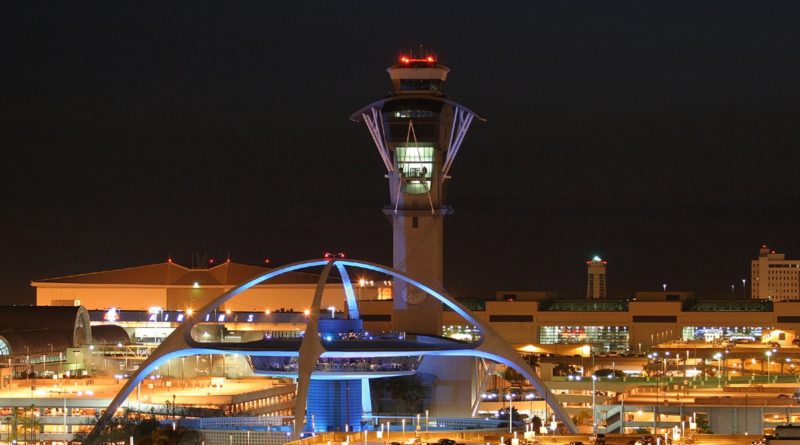 In the year 2016, LAX handled more than 80 million passengers which mark an increase of 8% as compared to the previous year and also make the airport the world’s fourth busiest airport on basis of passenger traffic. LAX Airport also ranked among the top five U.S. airports on basis of both passenger and cargo traffic. The other important feature of this airport is that it is also one of the few U.S. airports with four parallel runways. The Los Angeles Airport code is “LAX”.

LAX serves as a hub for various major airlines like Alaska Airlines, Delta, American Airlines, United Airlines, and others.

LAX Airport has nine passenger terminals in total which are arranged in the shape of the letter U. All the terminals are served by a shuttle bus. TBIT i.e. Tom Bradley International Terminal and all the other terminals like 4, 5, 6, 7, and 8 are inter-connected airside via an over ground passage between the terminal 4 and the TBIT. There is an above-ground walkway between Terminals 6, 7, and 8 and an underground tunnel between the terminals 4, 5 and 6. There is the availability of an additional airside shuttle bus which operates among Terminals 4 and 6. Along with these terminals, there is 190,000 sq meter of cargo facilities at LAX with a heliport operated by Bravo Aviation too.

TERMINAL 1: This terminal is exclusively used by the Southwest Airlines.

TERMINAL 2: This terminal supports the operations of Delta Air Lines and several other foreign carriers which are not handled at the Tom Bradley International Terminal.

TERMINAL 3: The terminal 3 is also used by Delta Air Lines and a number of other foreign carriers which are not handled at the Tom Bradley International Terminal. 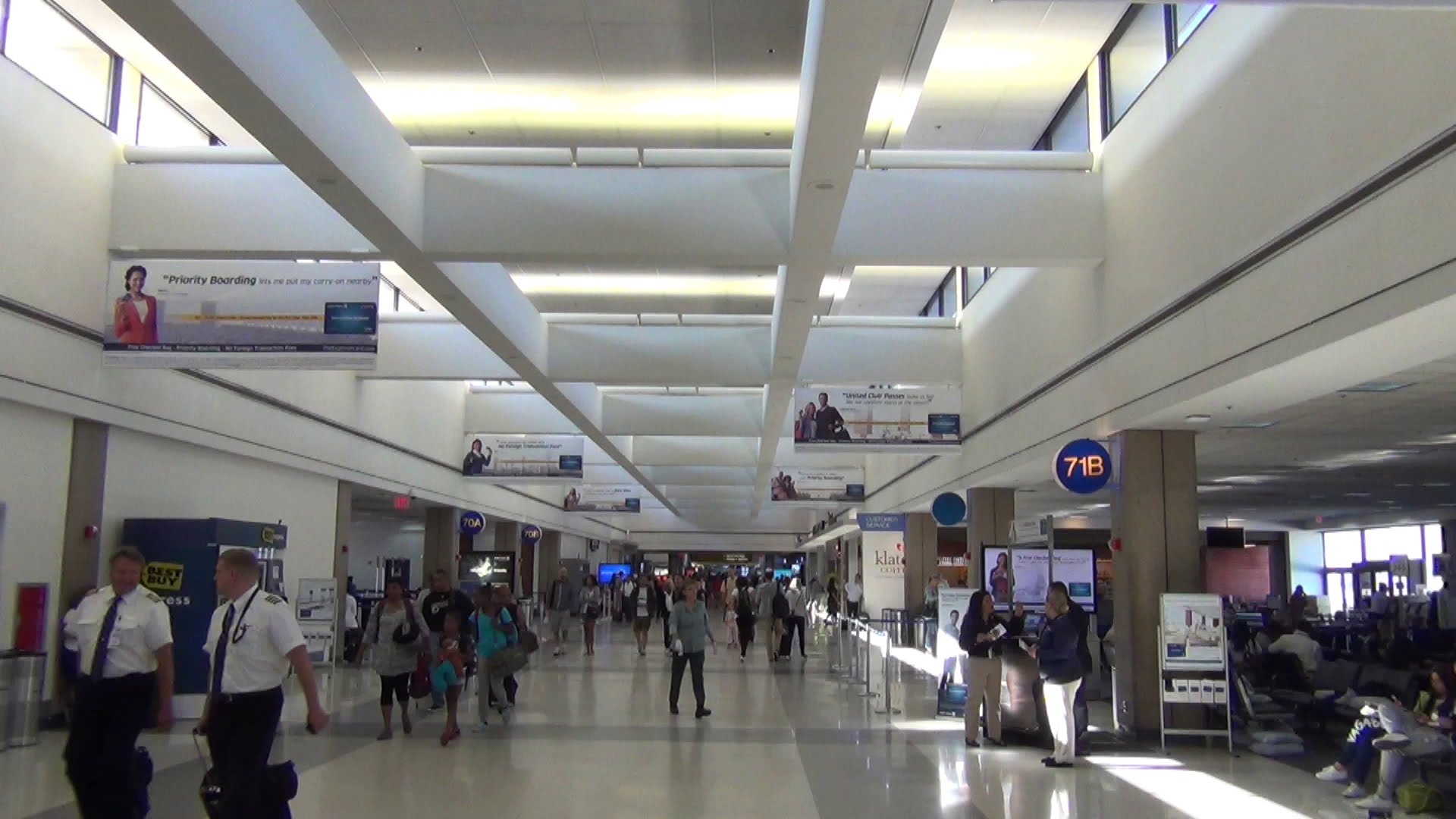 TERMINAL 5: The terminal 5 is used specifically by the American Airlines, Hawaiian Airlines, and JetBlue. Along with these, you can also find other low-cost and regional operators here.

TERMINAL 6: You can find the Alaska Airlines along with its subsidiary Virgin America and Air Canada plus several other smaller operators at the terminal 6 of LAX Airport.

TERMINAL 7: Totally supports the operations of the United Airlines.

The Tom Bradley International Terminal or TBIT handles the operations and functioning of most of the foreign carriers. 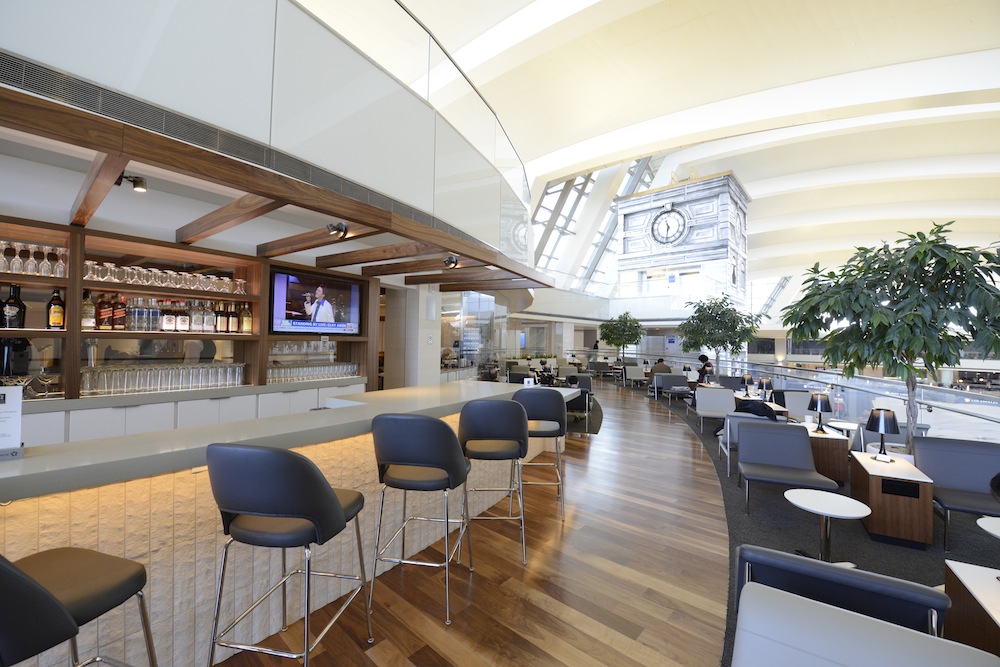 You can easily avail the facility of the bus stops at different terminals. The closest one is opposites on Sepulveda Boulevard and Century Boulevard which also support the Metro 117, Torrance 8, Metro 232 and others.

The shuttle bus “G” offers a free connection to and from the LAX station on the Los Angeles Metro Rail Green Line. Originally, the idea was to connect directly to the airport terminals but budgetary issues and opposition from local taxi and parking lot owners, it can’t form so.

As you can’t find any children play area or the parent services at the Los Angeles International Airport but there are still a few options available for the parents who need to keep their family entertained while waiting for a connecting flight.

MUSEUM AT THE AIRPORT:

You can easily witness a variety of exhibits and models which are based upon the history of aviation in Southern California here in the museum situated alongside the main terminal. The museum does not include any charge to enter and is open from Tuesday until Saturday. The timings for the museum are 10 am until 3 pm. 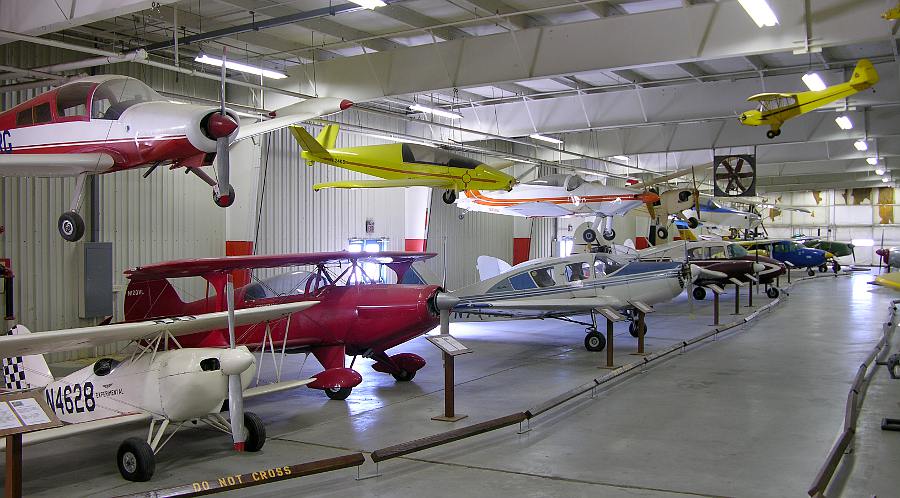 The LAX airport does not support public shower or changing facilities within its terminals so passengers often use their layovers to freshen up. In that, you have two options. Either you can pay to access one of the airport lounges which do have shower facilities or you can travel to one of the hotels nearby which often allow guests to use their gym and change rooms for a nominal fee.

Unfortunately, LAX airport lacks behind to provide several layover services which you can often avail in other international airports. So travelers who want to avail the spa services or a day room or salon would be best advised to visit the nearest hotel to enjoy these facilities.

There is also Travelers Aid Society available at the airport which has passenger information booths on the lower level for stranded travelers. There are also special facilities and services for disabled travelers too.

You can easily avail the free Wi-Fi or internet facility at Los Angeles International Airport via T-Mobile. The charges attached to it are $6 for the first hour and then 10 cents a minute after that. Alternatively, a 24 hour day pass is also available for $9.99. High-speed internet stations are provided by Neptune Networks at all the terminals of the airport.

If you are traveling with a baby, then you can avail the services of Nursing Rooms at the airport which are located in the following locations:

You can easily find Cash Machines on the departures and arrival levels in all terminals at LAX.

Passengers can use the International Currency Exchange booth on the Departures Level of all terminals and on the Los Angeles Airport arrival Level of Terminals 2, 5, 6 and TBIT.

Passengers who love to shop at the airport can easily find the duty free shops at all the terminals of LAX. From a variety of retail stores to newsstands, you will find a lot to explore here.

Passengers are allowed to smoke outside on both the Lower/Arrivals Level and Upper/ Los Angeles Airport departure Level at designated areas.

XpresSpa is located at the TBIT South Concourse and Terminal 5 (Departures). Talking about the showers, LAX does not offer any such facility for the general travelers. But, there are a few lounges that have showers.

Medical facilities are available at LAX Airport which can be used in case of any medical emergency. All you need to do is to contact any airline employee or LAX Airport Police. LAX Airport also has an Automated External Defibrillator program to assist cardiac arrest victims too. Facility of several hospitals is also available few minutes away from the airport. You can also find a first-aid station located at the upper level of TBIT i.e. Tom Bradley International Terminal which is opened from 10:00 am to 10:00 pm every day.

As you can find no luggage lockers or storage facilities at the airport but LAX Luggage Storage is a company which provides an off-site luggage storage service which involves the collection and delivering of your items directly to your terminal at a pre-arranged time.

We arrived at Terminal 2 on a slightly late flight from LHR and having read the reviews we were prepared for the worst. Flying in the economy, we were about the 100th passengers off the plane. Immigration took 11 minutes from the time we joined the shortest queue to when they had finished processing us; we then waited 20 minutes for our bags and were through customs in about 1 minute. The total time from the wheels touching the tarmac to being landside was 50 minutes. We were delighted and relieved.

Arrived and departed at the new Tom Bradley terminal with British Airways arrival was easy and got through immigration within 20 minutes customs took a little more because of a queue of passengers from a Philippines Airlines flight with tons of boxes to scan but overall was out within 40 minutes. This terminal is light years of anything I have encountered in the US so far. Although it is just a building, it seems to have a positive effect on everyone, from immigration check-in customs TSA duty-free to anyone else you would meet everyone was very friendly and efficient. Comparing my departure from LAX with my previous one at JFK terminal 2 last year is like comparing paradise with North Korea!

Had a very pleasant experience at LAX. I was expecting the worst with memories from a few years ago. It has improved a lot with a very smooth and fast arrival at TBIT. Electronic passport check was fast. I had a brief and friendly conversation with an immigration officer and then quickly got bags off of carousel. Transferred to Terminal 2 which was pretty ordinary at check-in but once through security, which was very fast and security personnel were efficient and at least, civil. There was good food and drink options and adequate shopping. Toilets were clean and plentiful. Wi-Fi was good. Overall, it was a very pleasant experience.