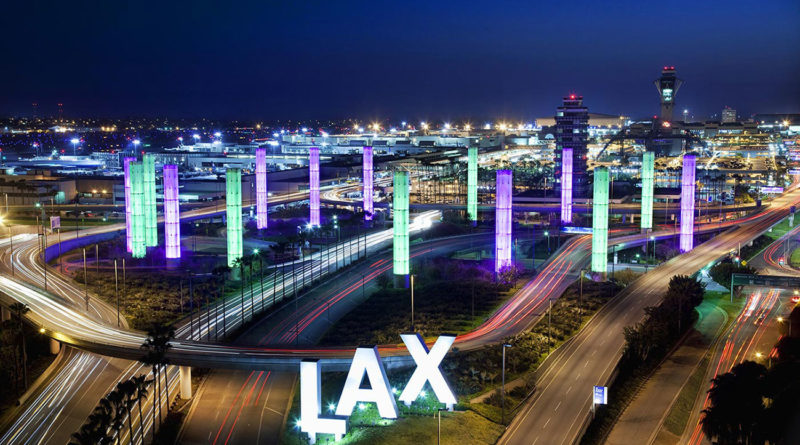 Los Angeles International Airport is the largest and busiest airport in the Greater Los Angeles Area and the state of California. Being one of the largest international airports in the United States, the airport supports million of passengers annually.

The airport is popularly known by the name LAX which is its IATA airport code. It is owned and operated by Los Angeles World Airports which is an agency of the government of Los Angeles also known as the Department of Airports.

Lax is also the only airport in the US which is known for its dedicated traffic and cargo services in the entire world.

Here we are discussing some of the most interesting facts about the Los Angeles International Airport which will increase your knowledge and also change your point of view towards the airport.

There are more than 50 million people who travel into or out of LAX every single year. However, not only people travel through.

The airport supports over 2 million tons of cargo every year which passes through it.

The LAX airport employs more than 59,000 people who work hard to get thousands of passengers and their luggage safely and comfortably to their destination.

A U-shaped road at the airport supports two levels which connect the 9 terminals. Along with that, the airport has four parallel runways and a 277-foot control tower. Plus the original control tower was 172 feet tall.

In the year 2016, LAX handled more than 80 million passengers. There was an increase of 8% from the previous year and also make LAX, the world’s fourth busiest airport on the basis of passenger traffic.

Los Angeles International is also the only airport to rank among the top five US airports for the passenger as well as cargo services.

One of the interesting facts related to the airport is that it has the only Coast Guard Air Station which is located right on the premises. In addition to that, it serves 24-hour service to the passengers and employees of the LAX airport.

One of the unusual features about the airport is its Encounters restaurant (located in the Central Terminal). It is 70 feet above the ground and is a space-themed restaurant. It also supports an observation deck that is located on the roof of the LAX airport.

LAX has over 21,000 parking spaces at the terminal which includes both long as well as short term parking along with the outdoor economy lots.

Passengers find it very easy to get attached to the transportation services at the Los Angeles International Airport. They can move to and from the LAX airport and its vicinity with the help of options like shuttle buses, rental cars, taxis, buses (airport and public) and even light rail.

Being written by Leann Scott and performed by David Frizzel in 1970, LAX airport has a song of its own specifically made for it. The name of the song is “LA International Airport”.

Then, in the year 1971 Susan Raye, a famous country singer establishes the song which becomes very famous on the country charts. Recently, the airport also celebrates its 75th anniversary.

The Los Angeles International Airport supports the public art programs of the community. At the entrance, passengers can witness the 100 foot high pylons and 32 foot high letters that spell out LAX.

The airport also fixes a program which allows the high school students from the area to display their works in the airport in a revolving display.

Before the 1930s, the Los Angeles International Airport used only two-letter abbreviation based on the weather stations at the airports. But with the growth of the aviation industry, the designations enhances to three letters and as a result, “LA” became “LAX” but the letter “X” has no specific meaning in this identifier.