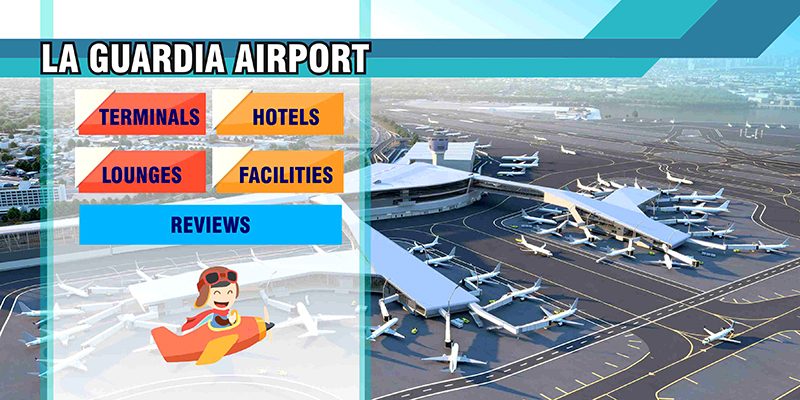 La Guardia is the part of the largest airport system in the United States combining with the JFK International and Newark Liberty International Airports which comes second in the world on basis of passenger traffic and rank first in the world in terms of total flight operations.

In the year 2011, the airport handled around 24.1 million passengers which become 29.8 million in the year 2016; showing around 14.2 percent of the increase. LaGuardia is also the busiest airport in the United States without any non-stop service to Europe.

In 1953, the name of the airport is taken from Fiorello La Guardia who was the mayor of New York when the airport was built. The La Guardia Airport code is LGA.

At present, LaGuardia Airport has four terminals which are connected by buses and walkways. The terminals A and D and most of Terminal C are operated by Delta Air Lines with Terminal B under direct Port Authority operation.

The Marine Air Terminal i.e. MAT is operated as the airport’s original terminal for overseas flights. In the 1930s and 1940s, the waterside terminal was designed to serve the fleet of flying boats, Pan American Airways, etc.

In 1995, the Marine Air Terminal was designated as a historic landmark. A total of $7 million restorations were completed in time for the airport’s 65th anniversary of commercial flights in December 2004.

The Central Terminal Building i.e. CTB serves most of LaGuardia’s airlines. It has six long blocks consisting of a four-story central section with two three-story wings and four concourses namely A, B, C, and D with 40 aircraft gates too. In the years 1983 and 1992, Delta and US Airways left the terminal to their own dedicated terminals on the east side of the airport.

Terminal C of the airport is spread over the 300,000-square-foot. It is designed by William Nicholas Bodouva and its Associate’s Architects and Planners. It was opened in 1992 at a cost of $250 million. As per the Port Authority of New York and New Jersey, the terminal handles approximately 50% of regional airline traffic at LaGuardia. 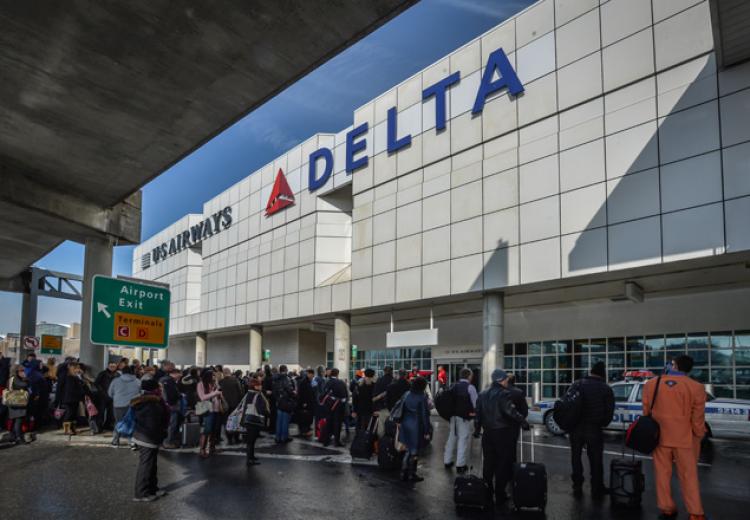 At this terminal, the gates on the east side of the lower level do not have jet bridges and are used to transport passengers via buses to and from Delta Connection flights. Passengers must use airstairs to board or de-plane these flights.

The terminal D of the airport was opened in the year 1983 at a cost of approximately $90 million. It is designed by William Nicholas Bodouva and its associate architects. The terminal was initially designed to accommodate Delta’s new Boeing 757 and Boeing 767 aircraft. Delta has virtually exclusive use of this terminal except for one gate used by Canadian low-cost carrier WestJet.

There is no separate terminal building for general aviation aircraft and it is operated within the Marine Air Terminal i.e. Terminal A, currently managed by Sheltair Aviation which provides full FBO services.

Following is the details of hotels at La Guardia Airport: 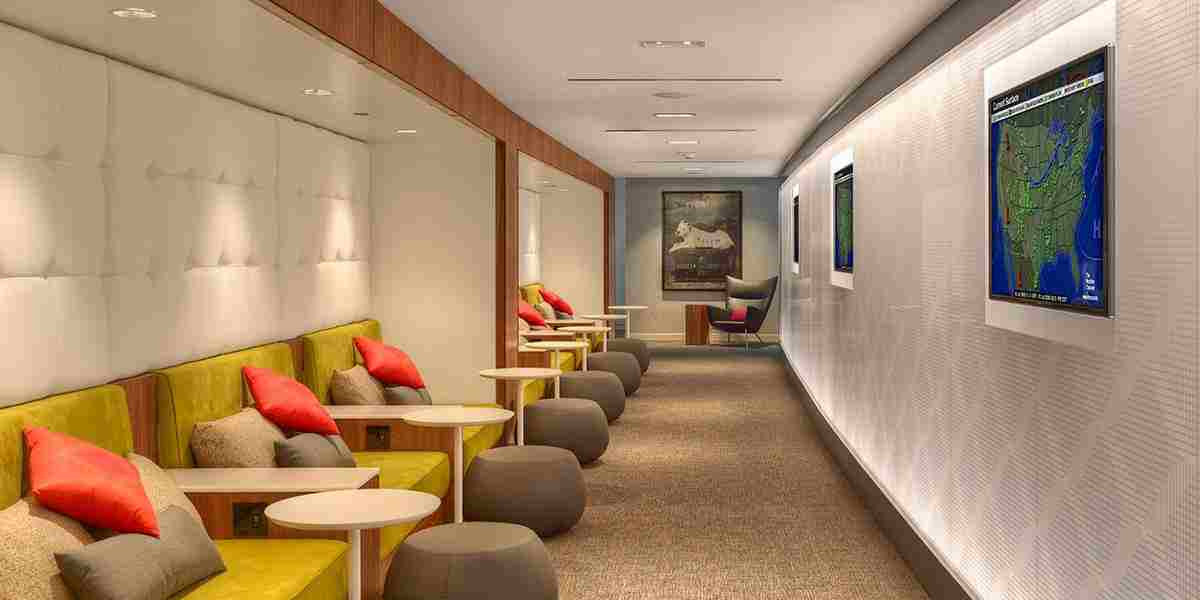 Every passenger can enjoy the 30 minutes free Wi-Fi service at all the terminals of LaGuardia Airport which will let the passengers stay connected. All you need to do is to follow some instructions that include:

You can also witness the facility of several MTA Regional Bus Operations bus lines linking to different routes. These buses are wheelchair accessible too and are operated by MTA New York City Transit and MTA Bus Company. There is also the availability of various private bus lines and the Port Authority also runs two free shuttle bus routes which are operated at all times except overnight hours. The Purple, Red and Blue route buses serve all terminals and parking lots.

You can get easy access to parking stalls and travelers with disabilities can also receive its benefits. It is located near the entrance to all of La Guardia Airport parking. Along with that, free shuttle bus service is also available at all the terminals.

Here at La Guardia Airport, you get the option of accessible vehicles too which includes those equipped with hand controls are also available to rent.

You can get easy access to restrooms and water fountains services throughout the terminals of La Guardia Airport.

Pet relief areas for service animals are available at our terminals. Prefer to look at pet relief symbols at the airport. You will find this service at different terminals:

If you are traveling with a baby and need a comfortable place to nurse and care for your baby, then there is the availability of free-standing nursing suites at the airport. Each suite has a fold-down table, a collapsible table, bench seating, power outlet and more. These are located at the terminal B (Concourse A). 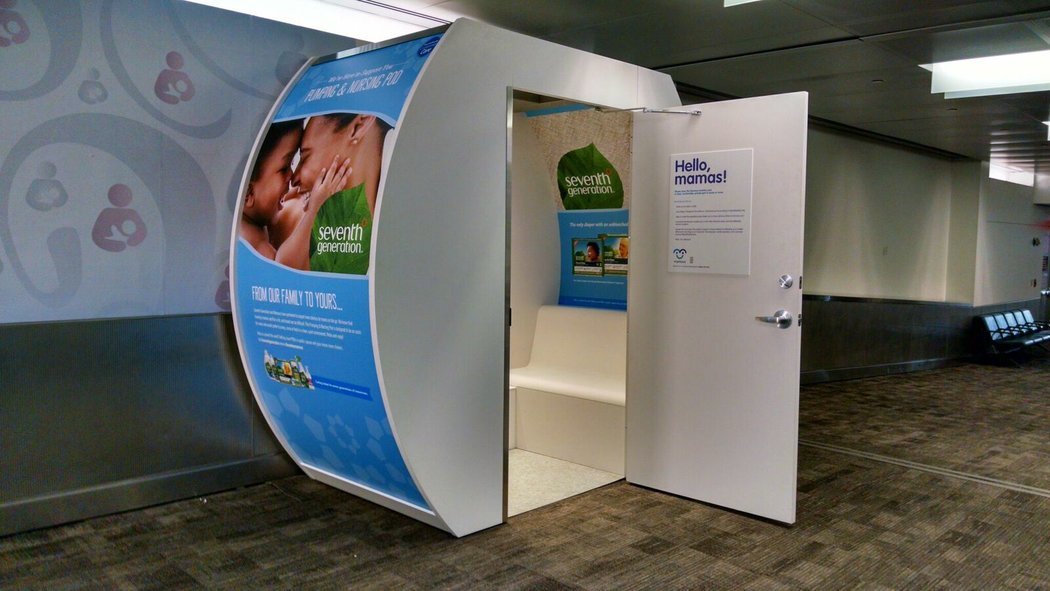 You get a number of options at the airport where you can enjoy extreme flavors and quality dining. Some of them are Cotto, Artichoke Pizza, Biergarten (beer bar with a solid list of craft beers), Custom Burgers by Pat La Fried, Bisoux and many other options.

There is also the availability of duty-free shopping at the Terminal B of the airport. But, there is a limited variety of retail shops present throughout the airport.

Passengers can enjoy stuff like manicures, pedicures, facials, massages and more at the Spa and Salon centers located at the airport. It is located at the Terminal C, airside, near the Food Court.

In case you need any help, you can get the help of the Customer Care Representatives who are available to solve your every minor and major issue. Look for them in the red jackets. They can give you quick assistance and provide relevant help.

The newly redesigned Delta Terminals offer lots of comfortable and clean individual seating, most with free i-pads to use and plenty of outlets. The food options are great and tasty, from a salad bar and hot food bar to incredibly delicious gelato. I have traveled to 6 continents and more than 30 countries and the new LaGuardia has become my favorite airport terminal or perhaps second only to Seoul South Korea.

I had a very good experience at the airport. Employees seemed friendly. Terminal seemed clean and thorough. They also had electrical outlets all over the place which is very convenient. No complaints. Getting a taxi out front was fairly painless although the attendant got frustrated when I knew the address of my hotel but wasn’t sure if that was in Queens or not.

I have used the LaGuardia arrivals; last month and am so happy with the decision. No, it does not have free Wi-Fi and some of the other up-to-the-minute amenities of competing airports of its size but it is positioned in an ideal location for those staying in Manhattan. With its relatively small size and its frequent bus service, I was in my Manhattan accommodation within 50 minutes of my plane touching down and that is after catching a bus and the subway. I did not find baggage claim to be any more chaotic than my last trip to McCarran-Las Vegas and I did not encounter any real facility uncleanliness either. In light of many of the negative LaGuardia reviews on here, I know I am being rebellious in recommending it as an airport. I am not a perfect passenger nor do I expect any airline or airport to be completely flawless either. I would definitely use it again.