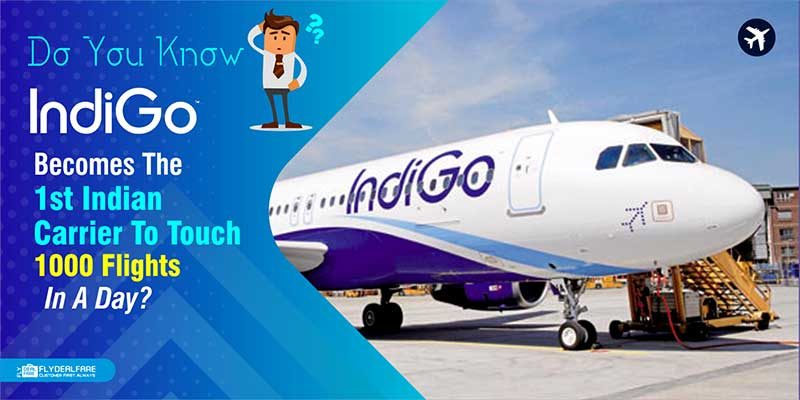 Last week, the low-cost carrier, IndiGo became the very first Indian carrier to operate more than 1000 flights in a day.

As per the announcement of the company, Flight 6E 185 flew to Cochin from Mumbai on 22nd of December and has become the 1000th flight for the first time in the history of Indian civil aviation.

On the same day, IndiGo also took the delivery of its 31st Airbus A-320 Neo aircraft. To join its ever-growing fleet, the carrier has also become the first Indian carrier with 150 aircraft fleet. With this milestone, IndiGo has also become the country’s largest and fastest-growing carrier with 150 Airbus and one ATR aircraft connecting 46 destinations.

Along with that, the airline has also announced its 50th destination i.e. Vijayawada (Andhra Pradesh). The flights to the same will commence operations on the 2nd of March 2018. IndiGo ATR flights will now connect Vijayawada to Chennai, Bengaluru, and Hyderabad.

Aditya Ghosh (President and Director of IndiGo Airline) stated that “We are truly excited to achieve a 1000-daily flights landmark and dedicate this feat to millions of customers who choose IndiGo.