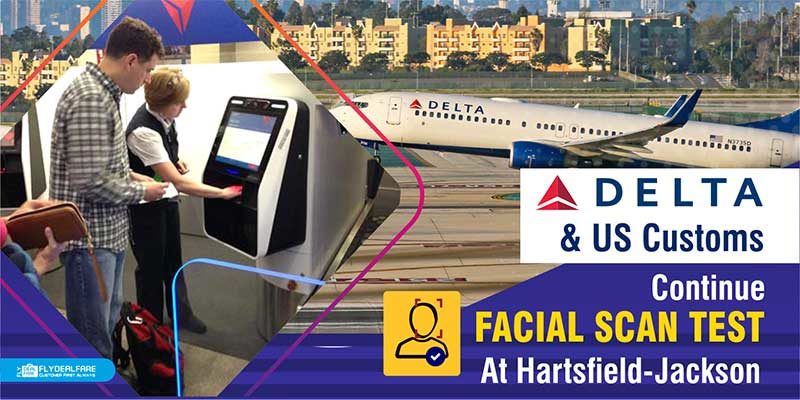 Despite the criticism of the use of facial scans by the federal government, US Customs and Border Protection & Delta Air Lines are testing the facial scans at Hartsfield-Jackson International Airport on continuing basis.

This month only, Atlanta-based Delta launched a test using facial recognition for boarding at two gates on Concourse E at Hartsfield-Jackson International Airport.

Customers flying to Paris has to participate in the test at the gates E10 and E12. This includes approaching a camera while their picture is taken, before getting a confirmation receipt and boarding.

As per the statement of Delta, this test will allow the agents to more easily engage with customers during the boarding process. Plans are to expand the test to more daily flights.

On the other hand, the report by Georgetown Law’s Center on Privacy and Technology stated that testing of facial scans is being done at airports without certain legal and technical safeguards.

Facial recognition is said to be one of a number of tests Delta is working with Customs and Border Protection. This includes the facial recognition technology also which is used for exit screening at gates F6 and F9 at Hartsfield-Jackson since last year. There are also other facial recognition tests at New York’s John F. Kennedy International Airport and at the Concourse E gates in Atlanta.

As per the airline, the exit screening technology is designed to give CBP “enhanced ability to record when visitors depart the U.S.