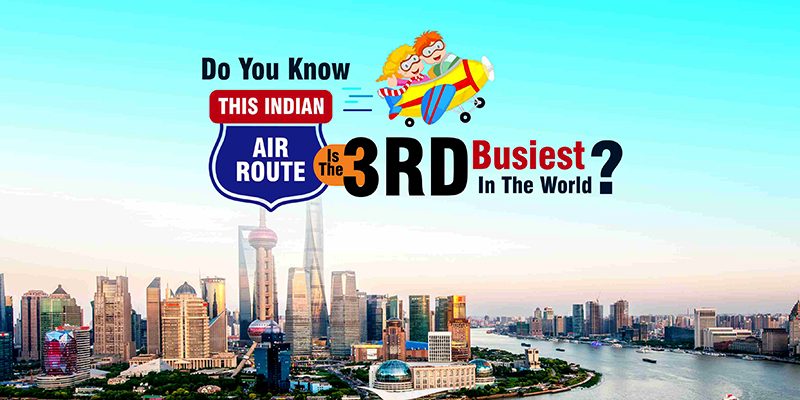 Between the Korean capital and Jeju island, there are estimated a total of 65,000 trips. The time for this journey is just more than an hour.

According to data from OAG Aviation Worldwide Ltd, there are about 178 flights take place between this two destinations per day.

It is a fact that the Asian cities dominate the list of the busiest air route in the world. The probable reason behind that is the fastest-growing travel market.

Talking about the last year’s top 10 busiest routes of the world, Los Angeles-San Francisco was the only North American entry. Plus, there was not a single European destination in that list. Dublin-London Heathrow was the top European route in OAG’s rankings with about 14,500 flights.

The main reason for such a vast number of flights between Jeju and Seoul is the beautiful beaches and resorts on this island to the southernmost tip of the Korean peninsula. This attracts local holiday-makers for decades. The Japanese and Chinese tourists are joining the South Koreans on the sand.

The overall time duration between Australia’s two biggest population centers i.e. Melbourne and Sydney are 90-minute in flights. This could be considered as the best mode of transportation as the road journey for the same takes about 10 hours. Hence the people pick the air travel option rather than any other.

India’s two metro cities; Delhi & Mumbai are connected by a flight which takes less than 2 hours. The same journey takes about 16 hours through road. Hence air travel is the most convenient option for the passengers and the fares are also cheap as a train ticket.

Fukuoka is located on the northern shore of Kyushu island and the flight between the two takes about two hours which is far less than the hours of a journey through other modes of transportation.

The fifth route in this list is between Rio de Janeiro and Sao Paulo. It takes one-hour of time to connect the two largest cities in Brazil. Plus, the ticket cost less than $100.