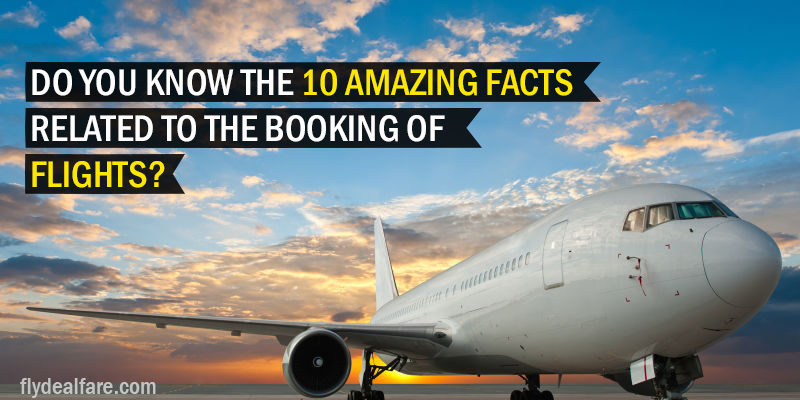 The aviation industry is so vast in itself that it is very difficult to conclude all the topics together in one single article. There is so much to write on different topics and issues attached to the airlines, airports, flights, routes, fares, etc.

Coming to the booking of tickets, it is the very initial step in regards to air travel. But there are several interesting facts about the flight. Here are the ten things you may not have known about how consumers fly.

No. 1: Majority of the People Book Trips in March:

It is one of the most interesting facts attached to the booking of air tickets that most consumers buy airline tickets in the month of March. About 10% of bookings happen in this month, after that there can be seen an immediate drop off in April. 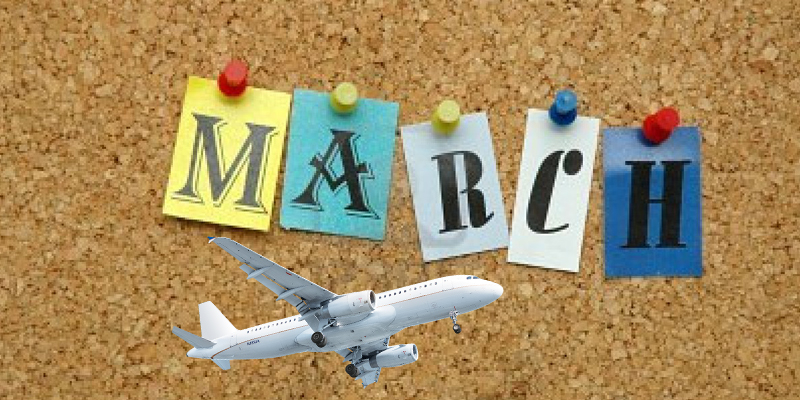 Talking about the low spending months, it is January and February Americans pay down credit card debt and generally wait out the financial hangover left by Christmas and Thanksgiving.

No. 2: The Average Flier Books Tickets Two Months in Advance:

When it comes to the booking of tickets in advance, the question comes in everyone’s mind that how far in advance can you book a flight. Generally, an average traveler books 2 months or 45 days in advance. Hence most of the flights fly in the month of May if we link this information with the above point.

Hence the month of MAY sees the maximum number of flights as compared to any other month on an average. On the other hand, December is the overwhelmingly most popular month for people to fly.

This is also a fact that the month of December i.e. the holiday season does not see the maximum number of takeoffs and landings out of the entire year. People steadily start flying more and more starting in September which ramps up gradually through the end of the year. And in the month of January, people have gone to their home and decided to stay there only.

No. 4: A Quarter of Fliers Book Less Than Two Weeks in Advance:

Well, booking tickets in advance is a wise practice but the best time to book a flight is still tricky to tell. Around a quarter of all fliers wait until a very short window before they pick up their tickets.

Talking about the business travelers, roughly half of that book their trip less than 14 days in advance. They occupy a huge section of the market, so it is simply more surprising that only a quarter of passengers’ book two weeks ahead.

No. 5: November and February See the Most Last-Minute Flights:

Passengers are mad about getting the last minute flight deals. The timing of booking the tickets matters a lot when you want to save money. There is a huge demand in holiday and vacation times so booking tickets then may cost you more. The combination of Christmas (December) and March are the most popular times to fly combined with the fact that most travelers buy their flights early.

It is another interesting fact that a lot of people love to fly in the month of March. It is also considered as the second busiest month for flights after December.

February and November are two of the busiest months for last-minute bookings.

No. 6: The Most Popular Airline for Extras: Southwest

The most irritating fact related to the air travel is when you have to pay for extras. Some airlines do charge additional checked bag fees, just because you are traveling with a bottle of water or a can of soda. Many industry critics argue that airlines are trying to monetize every point of contact with the consumer.

Talking about the major airlines of US, Delta and American charge between 1% and 2% from customers on extras. But on the other hand, Southwest charges a whopping 18% from travelers on the purchase of extras like food, drinks, and early boarding passes.

No. 7: Delta Is the Favorite Airline of Summer Vacations:

Delta is seeing more peaks and valleys in terms of its distribution around the year. It won’t be wrong to say that the airline has become one of the favorites among passengers. Most of the people book on Delta and more people fly on it especially during the summer months.

One of the reasons for such a huge popularity is that Delta is continuously taking efforts for the welfare of its passengers. Recently, the Atlanta-based Delta airline introduced coach meals on certain long domestic flight’s route.

In addition to that, Delta has also introduced the facial-recognition technology which verifies passengers by matching their faces with their passport photos.

No. 8: American Flies the Last-Minute Skies:

Multiple passengers book tickets at a different time. Some book their tickets 2 months in advance while the others wait until just a few days ahead to grab a seat.

But among all, American Airlines shows the lowest average days between booking and flying and it is recorded every single month of the year.

This also means that on the respective airline, passengers buy their tickets the least amount of time in advance and take interest in last minute flight deals. 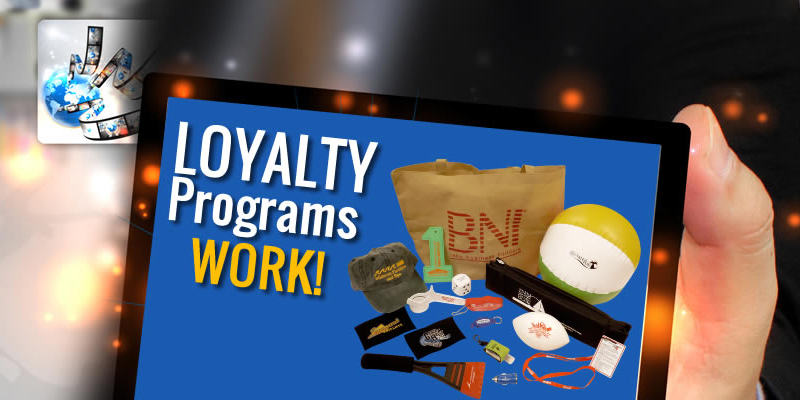 When it comes to loyalty programs, in terms of airlines, these do work in driving consumers but what more interesting is that these do not seem as sticky as it was expected.

Passengers don’t blow these offers off. They have a lot of competing priorities.

No. 10: Most People Fly Just One Airline

It has been recorded that around 67% of people prefer to fly with just one airline. The big question is why. There may be different reasons behind that.

May the loyalty programs do work to some extent and the comfort of people flying with a single airline also matters a lot. Why change when one is getting good deals and services from the one they pick.