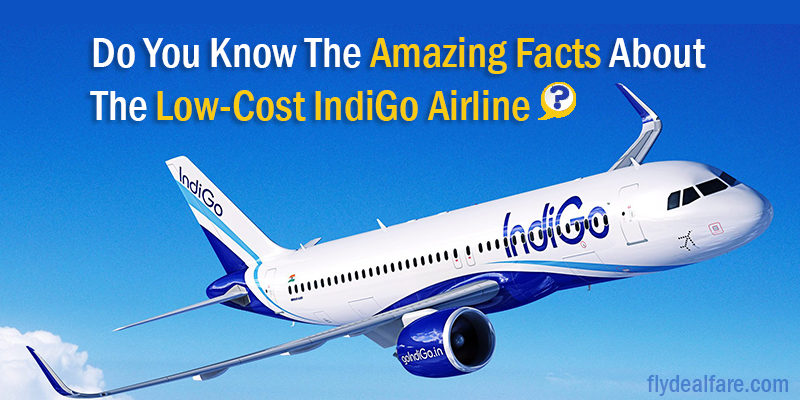 When it comes to Indian Airlines, IndiGo Airlines tops the list. A number of amazing facts about IndiGo Airlines are there which the frequent travelers may not be aware of. Hence here we are discussing the little unknown and interesting points regarding the airlines.

When it comes to largest fleet in India, IndiGo Airlines has a fleet size of 93 aircraft which is considered as the largest in India. In May 2017, IndiGo has signed for 50 ATR 72-600 for the UDAN regional connectivity scheme.

Point 2: Huge Net Worth of the Airline:

The IndiGo Company has a net income of more than US$50 million in the struggling aviation market of India which is quite amazing for a low budget airline.

Within a short period of time, Indio beat Jet Airways which was the No. 1 airline in India with a market share of 27%.

Taking about the complaints, the airline receives the lowest number of complaints per passenger as compared to other airlines in India.

The airline is also known for its divine on-time performance which is 94.3%.

IndiGo has won a number of awards which include the following ones:

Delhi’s Indira Gandhi International Airport is the primary hub for the airline company.

The IndiGo Airline Company operates more than 600 daily flights to more than 38 destinations in India and abroad.

The IndiGo airline company has international flights from New Delhi and Mumbai to several destinations. It includes destinations like Bangkok, Kathmandu, Singapore, Muscat, and Dubai.

In 2014, IndiGo agreed to buy 250 brand new A320neo aircraft worth US$25.7 billion. This order marks as the Airbus’s single largest order by a number of aircraft in its history.