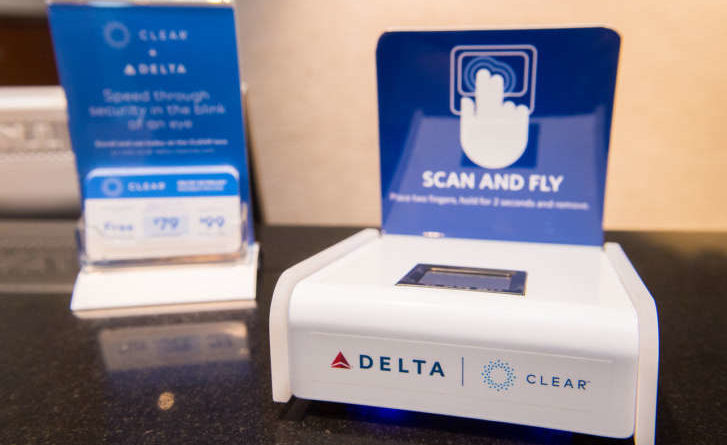 WASHINGTON: Few days before the Delta introduces the self-service kiosks at the Twin Cities airport which was just a new element for the passengers, based on the facial-recognition technology and which verify passengers by matching their faces with their passport photos.

Now the airline has come up with another surprise for the multiple travelers. It is ready to roll out ID recognition throughout Reagan National Airport which includes the gate boarding too.

The airline is already in a testing period of the same process of fingerprint recognition at its members from the past month.

Sandy Gordon, Delta’s vice president of airport customer service has told WTOP, “Their ability to check in their luggage, their ability to enter the Sky Club as well as at the gates for boarding, all with the simple use of their fingerprint,”

“We are actually working with our technology partners to look at various types of biometric technology and to determine what is the best course to proceed for our customers across the Delta network,” – He added.

This new facility of fingerprint boarding is totally voluntary and depends upon passengers who have enrolled in the “CLEAR” expedited airport security program.

This enrollment includes a total cost of $179 a year and all the fingerprints will be stored in the database of the airline.

There are also several airlines who are adopting this new technology based upon biometric identification.

As earlier this month, the carrier JetBlue has stated that it would introduce the biometric identification tests specifically on flights from Boston to Aruba which will totally based upon facial recognition at gate check-in.

Gil West (Delta COO) also stated that “We are rapidly moving toward a day when your fingerprint, face or iris will become the only ID you will need for any number of transactions throughout a given day.”

The airline also plans the Phase 2 of the same that would let the passengers to use their fingerprints at any time instead of showing the boarding pass. On the other side, British Airways is also testing similar type of programs but it is using facial recognition not the fingerprints, just like JetBlue.