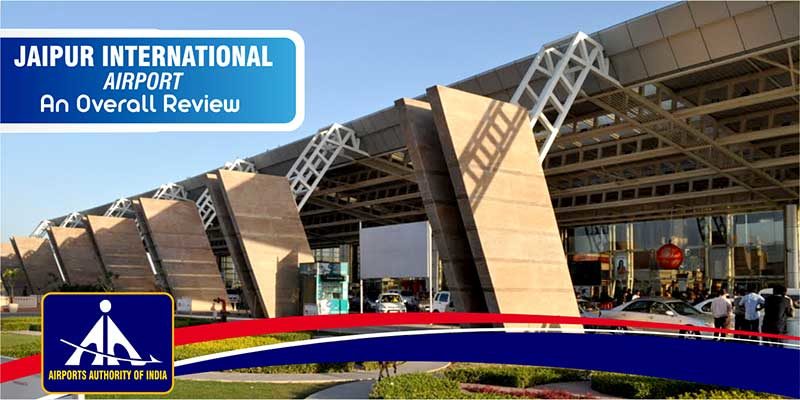 Jaipur Airport is an international airport which is situated in Rajasthan, India. According to the Airports Council International, the airport has also been declared as the Best Airport in the world in the category of 2 to 5 million passengers per annum for 2015 and 2016.

Being located in the southern suburb of Sanganer, the airport was granted the status of International airport in 2005. The airport can support 14 aircraft and it’s the new terminal building can handle up to 1000 passengers at a time. The Jaipur airport code is ‘JAI’.

Currently, the terminal is being used for the Haj flights along with the cargo bookings. If the flights have to shift to terminal 1, then the cargo operations will have to be shifted from here. At present, the airport is supporting eight international flights. The renovation work at the airport is said to be completed by Sept 2018. The passengers will need to be taken by bus from one terminal to the other as there is no flight parking space available near the terminal

In the peak season, this International Terminal building has the capacity to handle 500 passengers; which become 400,000 on annual basis.

Passengers can witness the touch of Rajasthani culture at the airport as its entrance gate is made of sandstone and Dholpur stones. Plus, you will also find Rajasthani paintings on the walls.

Jaipur Airport terminal 2 is being used for both International and Domestic flights. There are three VIP lounges available to ensure that the visiting guests and commuters don’t cause inconvenience to each other.

There are 14 airport check-in counters, six immigration counters, four custom and four security counters at the terminal 2 of the airport which is enough to provide you a hassle-free experience. By the year 2018, the airport will also have 2 new aerobridges and Conveyor belt.

Talking about Jaipur Airport Lounge, there is not much for the passengers to avail from that.

Passengers can easily get the glimpse of free Wi-Fi facility at the airport. It is available for 30 minutes in Jaipur Airport.

Yes, you can easily find the cash and ATM machines at the airport. These are located outside the airport building.

Located near the Departure and Arrival hall, it is available to the passengers without any charge.

For those who are traveling with their little ones, they can easily avail the services of the childcare room at the airport.

Passengers can easily do the duty-free shopping which is available to both departing and arriving passengers. These are a wide range of options available, including the gift shops, newsstands, clothing boutiques, and more.

At the Jaipur Airport, passengers can easily avail the services of restaurants, coffee shops, and vending machines. The airport has a 24-hour cafe called Cafe Coffee Day at its arrival lounge. In addition to that, there are also various 24-hour food concessions available in the pre-immigration area and near the gates.

There is also the availability of lockers and luggage storage at the airport.

In case of any medical need, you can easily avail the services near the Arrivals.

Yes, the mobile charging stations are available in the public and secure areas of the airport.

For passengers who smoke, a dedicated room located on the 2nd Floor is available at the airport.

When it comes to the transportation services at the Jaipur Airport, following options are available:

At Jaipur Airport, you will find the nearest bus stop located about less than 5 minutes walking from the passenger terminal. The bus services are available from around 5:00h in the morning until 21:30h in the evening, passing every 10-30 minutes.

The main train station is located 13 km from Jaipur Airport. You can catch many train connections from the Jaipur Junction Railway station. You can get there by taxi, car/car rental or bus.

The taxi service is available from Jaipur Airport to Jaipur city. It will take around 30 minutes to the railway station of Jaipur. At Jaipur Airport there is a taxi rank, but if all of them would be busy you can ask at the information desk of the airport for another taxi.

You will find many car rental options for your trip to Jaipur.

For those passengers who are traveling by car and need to leave the car for a few hours, they can easily avail the parking facility at the airport. It is there for a day or even for a few days at Jaipur Airport. It counts with a Parking space near its passenger Terminal. There are several parking spaces for vehicles where you can access just in a short walk. For more details, you can check out the Jaipur international airport official website.

Following are the reviews of Jaipur Airport:

From curbside through check-in, scanning and security took just 20 min. Though flying to Mumbai, we were in the International Terminal. It was clean, airy, efficient and looks pretty new. All in all, a good experience.

Jaipur airport is an international airport. It has nice connectivity with all the major cities of India. International connectivity is also quite decent. Located on the outskirts, it is a nice and beautiful airport. It takes around an hour to reach into the city from here or vice versa. It has a single runway strip. The airport also has aerobridge available. All the necessary facilities are available here. It was overall a very good experience.