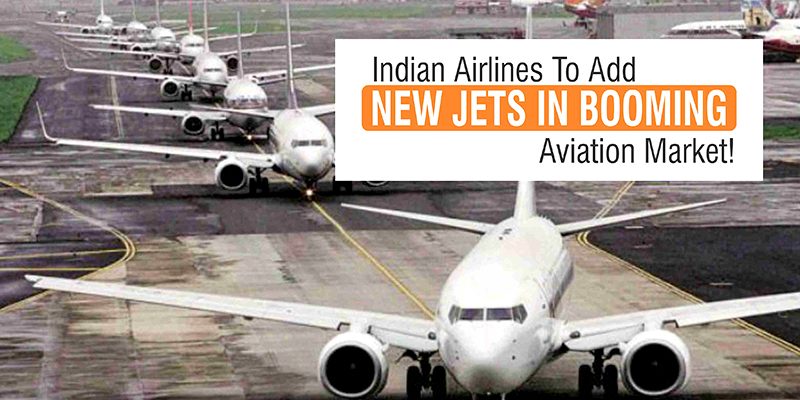 Compared to an earlier year, there is an increment in the domestic Indian passenger’s traffic. As per the International Air Transport Association monthly update report, there is an increase of 17.9 percent, marking the 41st consecutive month of double-digit growth.

Rajiv Nayan Choubey (Civil Aviation Secretary) stated that the Indian aviation market will grow at a compound annual growth rate of 15 percent as long as the prices remained below $80 per barrel.

To meet the demand for more domestic and international flights, major Indian airlines have plans to add more jets. This will make it one of the most targeted sales markets for jet manufacturers.

Dinesh Keskar (Boeing Senior Vice President Asia Pacific and India Sales) stated that “The growth of the domestic Indian aviation market is the highest in the world.”

By the end of March, Jet Airways hopes to close a deal to buy another 75 narrowbody jets. Last year only, the airline finalized a deal to buy a separate 75 Boeing 737 MAX aircraft and is looking forward to purchasing 75 more.

On the other hand, AirAsia India has plans to expand its fleet to 60 jets from the current 14 over the next five years, as per the statement of a spokeswoman.

Ajay Singh (SpiceJet’s Chairman) also stated that his carrier was studying the feasibility of Boeing’s and Airbus’ jets for longer haul international destinations, including the US and Europe.

SpiceJet had signed a provisional deal to buy 40 Boeing 737 MAX 10 jets. The airline was close to announce onboard Wi-Fi facility on its flights along with the in-flight entertainment, cricket and as well as shopping.

The biggest airline in India; IndiGo also have plans to order around 50 Airbus A330 wide-body jets.