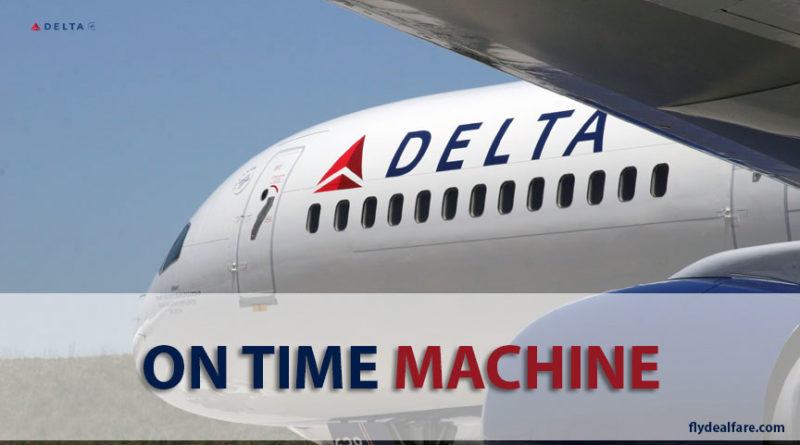 In June, Delta Air Lines demonstrated itself as the on-time arrival leader among the four largest domestic airlines. Among these 4, the low-fare behemoth Southwest Airline is at the bottom of the pack as per OAG after releasing its June on-time arrival data today.

Delta Air Lines with 81.2% of flights arriving on time finished the month of June in an impressive manner.

As per the US Department of Transportation, a flight which reaches the gate within 14 minutes of its scheduled arrival time is considered to arrive on time.

On the other hand, the United Airlines which is in a process to improve its reputation after the incident of Dr. Dao (dragging the man from the plane in April) has managed to capture the 2nd spot in this listing with 78.6% of flights arriving on time.

The American Airlines and Southwest Airlines have shown the disappointing results for the June month.

The American Airline placed at no. 3 with 74.4% of flights on time. Although the airline also engaged in the urges with the gate agents to get the flights out on time as per the reports of AA management yet the carrier is still struggling to get arriving flights to the gate on time. AA has posted a 79.7% on-time arrival rate for the month of May.

Scott Kirby who was considered as the operations guru at American airlines existed a year ago; now joined the United where on-time performance is dramatically improving.

One of the reasons of the low performance of the Southwest Airlines is the growing number of larger Boeing 737-800 aircraft. Southwest typically allows for a 45- to 50-minute turn time for its 737-800 aircraft which hold about 30 more passengers than the hundreds of 737-700s in Southwest’s fleet.

And when a full 737-800 arrives at the gate late, it certainly struggles to deplane the passengers and then board another lot of passengers and then again get the plane out on time. This whole process has affected the on-arrival timings of the Airline. Currently, Southwest has more than 150 737-800s in its fleet of aircraft and has its largest hub at Chicago’s Midway Airport.

According to OAG, June was a grim month for American in concern with the flight cancellation front. The carrier has canceled 2.3 percent of its flights which is the worst of the four major carriers. The other carriers like the United Airlines have canceled 1.3 percent of flights, Southwest comes with the 0.9 percentages and Delta with 0.6 percent of flights.