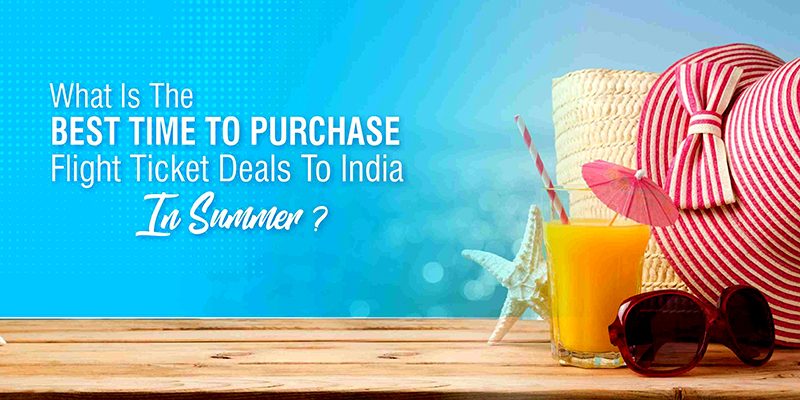 Mostly, it is hard for the traveler to get the best flight ticket deals because of the prices of domestic and international flight change so often. Trying to find the absolute cheapest airfare for a trip you are planning for is not so easy. But, you can make it easy and can get the good deals on flights by comparing the airfares. If you want the best flight ticket deals to India, common wisdom is to book your flights early and be flexible with your time and dates. This may cost you less money. In these days, buying the cheapest fares starts earlier and you can buy it about 4 months out often leads to the best deals.

Several different companies are now examining millions of airline ticket prices and help when the optimal time to buy a ticket.  Summer is getting closer, which means it’s time to get moving and start making travel plans. In this, you get the information regarding when is the best time to fly in summer like on June, July, and August, when you can to buy airline deals and when to fly to save even more.  So, analyze the best time to book flights to India and figure out when a potential flight will cost you less dollar.

When To Fly In Summer

You can take advantage of pre-summer prices which will save you money over peak season fares if you can fly by June 22 or earlier. But, keep in mind this date can vary by a day or so depending on your departure city and route so as you search for flights. So, here is a tip for you is that use month-by-month search tool that can narrow down the best deals.

You can still save more on this peak summer month by flying cheaper days. And in the US that cheaper days to fly are Tuesdays, Wednesdays, and Saturdays. The international travel is generally less expensive on weekdays. So, try to fly on just one cheaper day, and you could save something if such an itinerary will mess up your plans.

Toward the end of August, airlines start dropping fares for domestic flights and the biggest discounts will be available starting Aug. 28, which is known as the fall season of airlines. But, the specific start date can vary by a day or two. Fall begins a little later for international travel; such fares dip around Sept. 10.

When To Buy Flight Ticket Deals To India

If you plan to fly in June, you can buy tickets for travel within the U.S. right now. If you would like to go to India in August, you can purchase those tickets now, too. Here are some general guidelines for shopping windows:

From three months to 21 days before departure.

From five months to 30 to 45 days before departure.

Final note: While the Best Time to Book data may be a good indicator of when to buy your flights, if you have particular travel dates in mind there are other ways to hunt for cheap travel deals. Sign-up for airfare alerts on your favorite site, or just fly the cheapest days and dates your schedule allows if you can fly at any time. 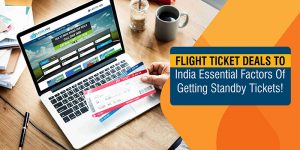 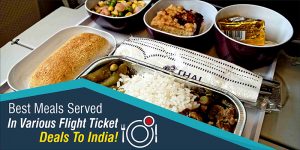