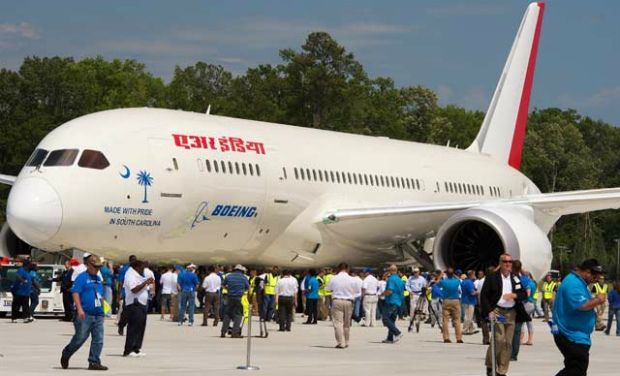 NEW DELHI: On Monday, Alliance Air which is a subsidiary of national carrier Air India stated that it will introduce six new flights from the next month. As per the details of the company, the new flights will be operated from 5th of July on ATR 72 aircraft. This new service serves on the sectors like Jaipur-Lucknow and Bhopal-Lucknow.

Earlier this month, Jayant Sinha (Minister of State for Civil Aviation) stated that ‘Air India and other domestic airlines were “running in profit” and the government was deliberating on the issue of ownership of Air India and Cabinet would take a decision in this regard.’

In the session 2015 to 2016, Air India showed an operational profit of around Rs. 105 which is its first in more than a decade – on account of low fuel prices and increased passenger numbers.

On observing the prominent growth of Aviation sector, the minister also stated that the air tickets have become cheaper and affordable. As a result of which, the doors to flying for a common man has also opened. Sinha said, currently there are around 500 commercial jets in the country along with the 850 new jets which are on order.

The Government of India thinks that tank NITI Aayog has proposed total privatization of the national carrier which is sitting on a debt pile of around Rs. 52,000 crores.

According to data from aviation regulator DGCA (Directorate General of Civil Aviation), Indian Airlines are setting a new record by taking off a total one crore passengers in May only which is maximum in a month domestically. The Indian Airlines carried a total of 101.74 lakh or 1.01 crore passengers in the last month which is quite high when compared to the number of passengers traveling last year in May 2016 (which is only 86.69 lakh passengers). It registers a total growth of 17.36% in air traffic domestically as per the data showed