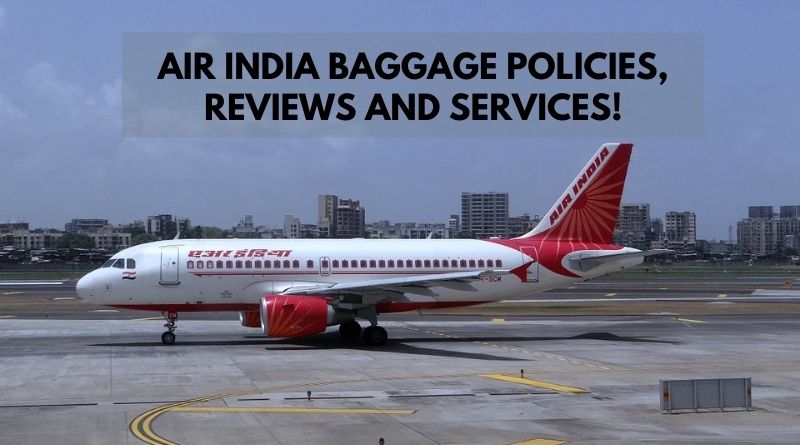 Whenever you book a flight, don’t forget to read rules and regulations of airlines and sometimes of airports. Different airlines have different sets of rules and guidelines for items allowed or disallowed. Some items are common and have been put in restricted items list for all airlines and airports. Acids, Explosives, Flammable Liquids, Arms and Contraband are some of these few items which are banned across all airlines and airports. However, in some cases passengers are allowed to carry forms of these items. Though perfumes are inflammable still it can be carried, medicines can be carried. In this article we will discuss the Restricted Items by Air India. Air India Restricted item list is similar to many other airlines. Read on to know more about Air India baggage policy and also here’s a list of permissible and non-permissible items!

Whether you are traveling by Air India domestic flights or Air India International Flights, there are number of items which have been barred by Air India. So it is always advisable to read the airline restricted item list before booking a flight or packaging your stuff.

Air India has a strict policy of not allowing dangerous goods on-board. Here’s the updated list of restricted items which are in the dangerous category still they can be carried if they meet certain conditions.

Here’s a list of items which are not allowed to be carried in cabin baggage. These items can be carried in checked baggage with certain conditions and sometimes these items attract additional charges which you need to pay before boarding the flight.

Apart from these items which are partially allowed and disallowed citing various reasons, there are items which have a blanket ban and a passenger can not carry them in either cabin luggage or checked in baggage

I flew from London to Newark. It was a very nice surprise as there is much more room on Air India Boeing 787 as compared to BA. There is more space between the seats and the width of the seat was wider. The food is okay, and booze plentiful. There are no Noise Reducing headphones which I expect in Business Class. And they do not have their own Airport lounge, anyhow at Heathrow share the Lufthansa lounge which is nice. In Newark, they share the Virgin lounge and the Virgin staff treated us very badly. We do not get food and there is no waitress service for a drink also.

I had traveled on the early morning flight from Mumbai to London on the Air India flight. I was pleasantly happy with the experience on the flight. The flight departed on time and after takeoff, we get the breakfast. As I had opted for the vegetarian option, I choose a veg cutlet, stuffed parathas with fruits and tea. The breakfast was very tasty and the in-flight entertainment was also good for this 9-hour journey. It had sufficient programs to keep one occupied. I also get a few hours of sleep in the economy class. The seats are comfortable enough and there is enough space. I possibly get the best leg room for an intercontinental flight in economy class. The crew was very polite. Once again, I opted for the veg course which consisted of mixed vegetables with rice and rajma (beans). Then, I get my favorite thing i.e. the dessert along with a cup of tea. I must say that the quality and quantity of food served was excellent and delicious aboard this flight. We arrived perfectly on time thankfully. And I liked that instead of plastic forks and knives, steel cutlery was used. I will definitely fly again with Air India and also recommend this to every passenger out there.

I went from Mumbai to London. I would say it was a wonderful experience on the flight. I opted for the vegetarian option for breakfast so I pick a veg-cutlet, stuffed parathas, and bhaji along with a croissant, fruits, and tea. I enjoyed the in-flight entertainment and I managed to get a few hours of sleep too. Talking about the seats, they are comfortable enough. The crew was very polite and provided regular drinks on time. Before landing, the lunch was served to us. The quality and quantity of food on the flight was also excellent. And I liked that instead of plastic forks and knives, steel cutlery was used. I would fly again with Air India for sure.

Ans:- Yes, you can carry hair gel in a small container not more than 3 ounces or 100 ml.

Ans:- Different airlines have different policies about luggage. In Air India you can carry 2 bags as checked in baggage on an international flight and 1 hand luggage as cabin baggage.

3.> What are the weight limits in Air India flights?

Ans:- Air India allows its economy class passengers to check-in up to 25 kg on its domestic flights which are 10 kg more than 15 kg of free check-in baggage allowed by all other Indian carriers on domestic flights.

International travelers to and from UK/Europe, USA/Canada can carry 2 pcs of 23 kg each as checked baggage and 1 pc of 8 kg as cabin baggage.

4.> Can I Carry Ghee On International Flight?

Ans:- The answer to this question is Yes! Different airlines have different rules and regulations about carrying liquids. Though you can carry Ghee on an international flight only if it is duly packed in an airtight container and properly sealed. The leak-proof plastic solid bag should be sealed with a zipper or tie closure and the bag should be put in a solid box, duly taped and tagged with a name tag.

5.> Can I carry extra baggage on flight beyond the permissible weight?

Ans:- Yes, you can carry additional baggage but you need to pay additional charges for the same. Airlines will charge baggage and handling charges also there are certain charges levied by airport authorities to manage extra load of baggage.

6.> How many bags are allowed in Air India international flight?

Ans:- For Economy passengers with two pieces of luggage, the total combined dimensions (length + breadth + height) of both pieces should not exceed 273cm (107 inches). Also the linear dimension of each piece should not exceed 62 inches. The weight of each bag must not exceed 23 Kgs or 50 pounds.

7.> How can I increase my baggage allowance in Air India?

Ans:- You can buy excess baggage while booking your ticket or thereafter through manage my booking option and carry more than your free baggage allowance. This will give you a hassle-free experience at the airport. You can also buy excess baggage at our city offices or through our 24 x 7 contact center.

It’s always a good pracṭice to go through the airport and airlines baggage policies to avoid any miscommunication and experience a happy journey.