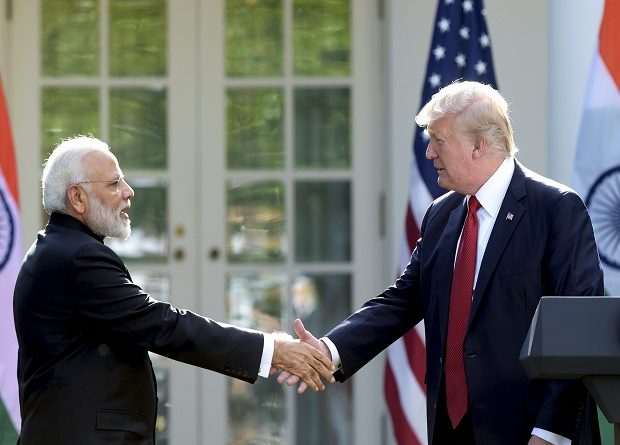 WASHINGTON: India has joined the American programmer which let the Indian travelers to experienced speedy entry into the country after landing.

The US President Donald Trump also shows his positive concern regarding the entry of India into the International Expedited Traveler Initiative i.e. a Global Entry Program. He also stated that it would facilitate closer business and educational ties between the citizens of India and the US.

As per the joint statement of INDIA-US which has been issued after the conversation between Trump & Modi; US president applauded the entrepreneurship and innovation of Indians and Indian-Americans that have directly benefited both nations.

Before India, it was Switzerland and the United Kingdom who is the part of this programme.

WHAT IS GLOBAL ENTRY PROGRAMME?

The Global Entry Programme is a US CBP which permits the expedited clearance for pre-approved, low-risk travelers at the time they arrive in the US. After the passengers land at the selected airports of United States, the programme members enter the United States through automatic kiosks and the other need to follow the process of queuing up to clearing the immigration criteria.

At the selected airports, the members can proceed to the Global Entry kiosks after presenting their machine-readable passport or the US permanent resident card. After that, they need to place their fingerprints on the scanner to pass the fingerprint verification and customs declaration. After all the verifications, kiosk issues a transaction receipt of the traveler and ultimately directs him or her to the baggage claim area and then to exit.

One of the biggest advantages of this programme is that passengers will no longer need to stand in the long queues for immigration. On landing at the selected US airports in the US, the approved applicants can easily make their way ahead through automatic kiosks which will reduce the wait time and also there is no requirement of paperwork.

As per the CBP website, ‘To be pre-approved for this Global Entry Programme, all the applicants need to go through a rigorous background check and in-person interview before enrollment.’

The main aim of this Global Entry Programme is to speed up the travelers through the examining process at the airports. The members may still be selected for further examination when entering the United States.

Basically, all the major airports of US is offering this service to the passengers which include popular names of the airport at New York, Austin, Chicago, Washington, Los Angeles, Las Vegas, Houston, Dallas, Austin, San Francisco, San Jose, Miami, Boston, and Seattle.

Except some of the airports in the US, the airports at Dublin in Ireland, Vancouver and Toronto in Canada and Abu Dhabi are also on the list.