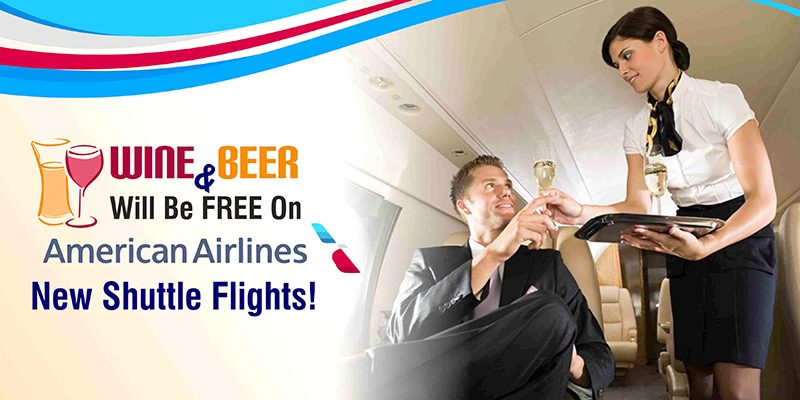 One of the major airlines of US; American Airlines has recently announced to initiate the hourly flight’s service every weekday between New York and Chicago.

The best part of these newly added shuttle flights is that the carrier is offering free beer and wine in the main cabin for its passengers to enjoy. So that means you can enjoy complimentary beer and wine service.

There will be a total of 15 flights per day and this service between the two major cities will begin 4th April.

Vasu Raja (American’s vice president of network and schedule planning) stated that “It is something that is really to go and cater to the last minute business traveler.”

Passengers will be flying in a Boeing 737 between Chicago’s O’Hare International Airport and New York’s LaGuardia Airport. You can also avail the shuttle flight service in case you’re feeling left out (between New York, Boston, and Washington, DC).

From last May, the airline is offering free meals on domestic flights. This step was taken to improve the onboard experience. American’s international flights to and from Europe, Asia, and some Latin American cities already serve free meals, wine, and beer. In addition to that, hard liquor is also served on flights to and from Japan, Hong Kong, Sydney, and Auckland.

Now, to improve customer service for frequent flyers; the airline is adding free wine and beer which can be counted as another perk for the passengers.

Talking about the cost of these shuttle flights to Chicago, there are no details available from the airline. But, you can definitely save money on booze.