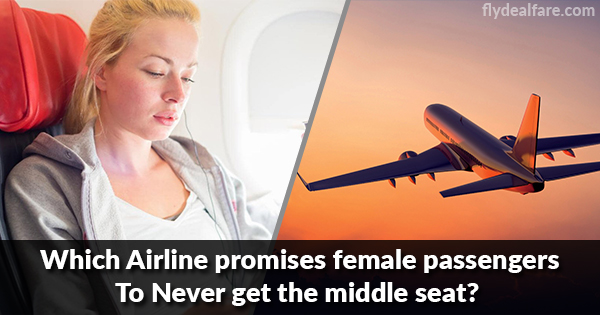 There is some good news for the female air travelers in India as there is a new airline scheme waiting for their way. As per this new scheme, preferential steps are taken for the safety of their travels and ensure peace of mind too.

The New Delhi-based airline Vistara also introduced the free Woman Flyer service which began in March. This service provides preferred seating as well as baggage & transport assistance to the female passengers who are traveling alone in the country.

What’s New In This Scheme?

Vistara has not confirmed yet whether the staff members assisting the female travelers will require being a woman or not.

Talking about the complimentary service, that must be booked via email at least 72 hours before departure and the required taxi fares must be covered by the travelers only.

A UNIQUE STEP BY VISTARA:

According to Sanjiv Kapoor (Vistara’s chief strategy and commercial officer), “The idea for the Woman Flyer service was born after the airline began noticing female travelers seeking assistance at the airport after they had landed.”

On this, Mr. Kapoor told Bloomberg that “Our staff is equipped to help women traveling alone and this service is a sincere effort to ensure peace of mind of our women customers.”

Coming to the topic of women safety in India, there is always a debate on this after a series of rapes and other attacks against women in the country in recent years. Incidents like gang raping, murdering and acid attacks on women are witnessed on daily basis. Hence the Foreign Office (FCO) currently advises women to use caution when traveling in India.

FCO warned, “Reported cases of sexual assault against women and young girls are increasing; recent sexual attacks against female visitors in tourist areas and cities show that foreign women are also at risk.”

INCENTIVES BY OTHER TRAVELING OPTIONS: