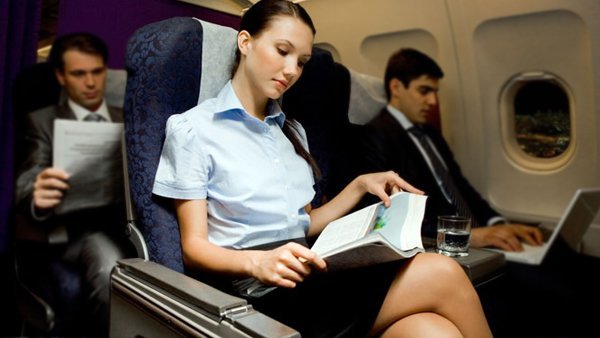 To enhance the comfort level of female passengers Air India has decided to introduce a dedicated row in its flights which will be reserved for female passengers only. Meenakshi Malik, Chief of Air India’s revenue management told here that being the national carrier of India we felt that it’s our responsibility to take care the safety and comfort of those female passengers who fly with us alone. So we have now reserved the third row (six seats) in economy class for females only.

This reservation services will be in force from Wednesday, January 18 onwards. Female passengers can make a request for this up to an hour before check-in. This service is of free of cost. Air India will not charge any money for this reservations.

According to some media reports Air India took this step after the alleged groping incident on Air India flight in which women were targeted but the company has refuted that claim.

Mr. G. Prasada Rao, General Manager Corporate communications of Air India told news agencies that we get lots of requests and queries from female passengers about their co-passengers at our check-in counters and they want to sit next to another woman, so we decided to introduce a dedicated row for our female passengers and this is not connected to any such groping incidents.

The company has denied that ‘female-only’ row is not introduced after the groping incidents, but these incidents have brought a shame to Air India’s name.

In December, a woman raised a complaint with the airline as she was wakened from her sleep when a man groped her who moved to her next seat which was empty. This incident occurred on Air India’s Mumbai to New York flight.

In another incident, a female attendant with Air India alleged that a male passenger made some vulgar remarks and touched her on a Delhi to Muscat flight.

After the introduction of ‘female-only’ row Air India has also decided to keep plastic handcuffs on all its flights to restrain such incidents in future.

Mr. Ashwani Lohani, Chairman of Air India said to The Times of India that earlier we use to carry handcuffs on our international flights but now we have decided to carry these restrainers on our domestic flights as well.

This is not the first incident which brought embarrassment to Air India, there are other incidents too which caused shame to its name.

In April 2016 a rat was spotted on Air India flight which disrupted the flight.

In April 2015 airline was forced to ground its two pilots as got into a brawl just before the take off from Jaipur to Delhi.

In June 2014 Air India got its membership approved in the Star Alliance frequent-flier group. That followed a previous rejection and suspension of another effort due to customer service problems.

In another incident, in January 2014 The U.S. Federal Aviation issued a notice to Air India and all other Indian airlines for unsatisfactory regulation of aviation.

In May 2013 the cockpit door of Air India flight got jammed during a flight while the captain was using the toilet, which led to emergency landing by co-pilot.

In March 2013 A taxiing Air India Boeing 777 clipped the tail of a JetBlue Airbus at New York’s JFK Airport.

In February 2013 there were reports that Air India flew its Boeing 787 Dreamliners without passengers when there was a move by the regulators in the USA, Europe, and Japan to ground its jets due to some battery issues.