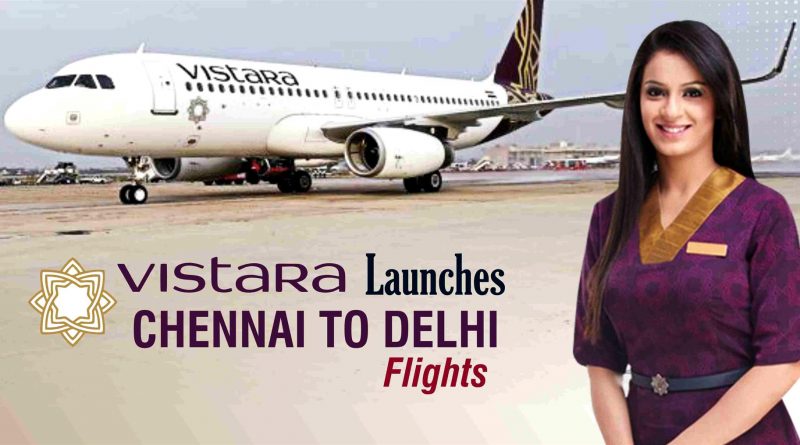 The full-service Indian carrier; Vistara has inaugurated the daily direct service between Delhi and Chennai. So, from now the passengers can easily save their time between these two routes.

Vistara which is a joint venture between Tata Sons and Singapore Airlines has described that from 1st of March, 2018; they are planning to double its frequency between the two cities. By providing the convenient same-day return options in both directions, the airline makes it easy for the numerous travelers to connect to these two cities.

The airline is doing so in order to expand its network domestically.

This new addition makes it super easy for the Chennai customers to connect to other northern destinations such as Amritsar, Chandigarh, Varanasi, Srinagar, Jammu and more.

While flying through Vistara, the travelers can enjoy the Delhi’s state-of-the-art Terminal 3 and the same terminal connections while connecting to and from international flights at Delhi (on Vistara’s 21 international airline partners).