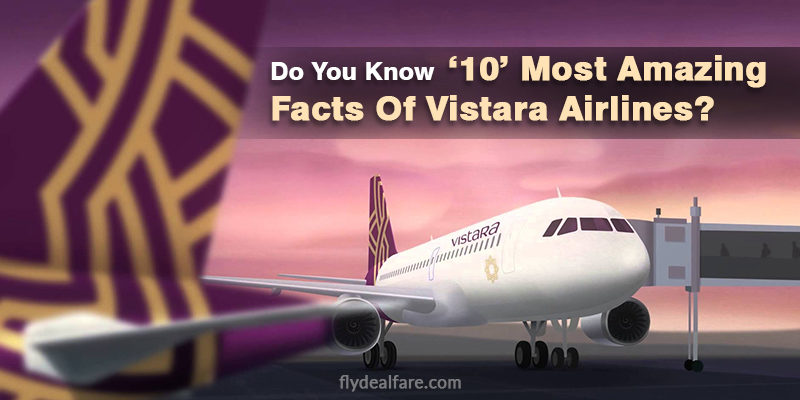 When it comes to the newest airline emerging so fast in India, only one name stuck our mind i.e. VISTARA AIRLINE. It is an Indian domestic carrier operated by Tata SIA Airlines Limited. It is based in Gurgaon (India) and the Delhi-Indira Gandhi International Airport is its main hub. Its first flight was between Delhi and Mumbai. The airline had carried more than two million passengers by the year June 2016. One Amazing Facts of Vistara is that the name of the airline Vistara meaning is inspired from a Sanskrit word ‘Vistaar’ which means “limitless expanse”.

It has also become the very first to introduce the premium economy seats on domestic routes in India. With the number of new additions along with the Vistara premium economy, the airline has created another milestone for Indian Airlines Company.

Here we are discussing other amazing facts of Vistara and details related to its origin, including the facilities and multiple services.

Vistara Airlines is a full-service airline like other Indian airlines such as Jet Airways, Air India, etc. It means that the passengers don’t need to pay for food and water being served inside the aircraft like they need to do for other low-cost carriers.

In today’s era, Vistara has become the third full-service airline in India, after Jet Airways and Air India. After the shutting down of Kingfisher Airlines, the Indian aviation market was under pressure. Then with the existence of Vistara at that time, the aviation market may feel some relief.

Another amazing facts of Vistara is that it has become the very first Indian airline to introduce the premium economy class among passengers. Although, Air India also did try to launch the same thing it did not market it properly. Hence this thing gives chance to Vistara to fill the void left by other airlines. In total, the airline supports business, premium economy and economy class seats on its planes to cater to all segments of fliers. 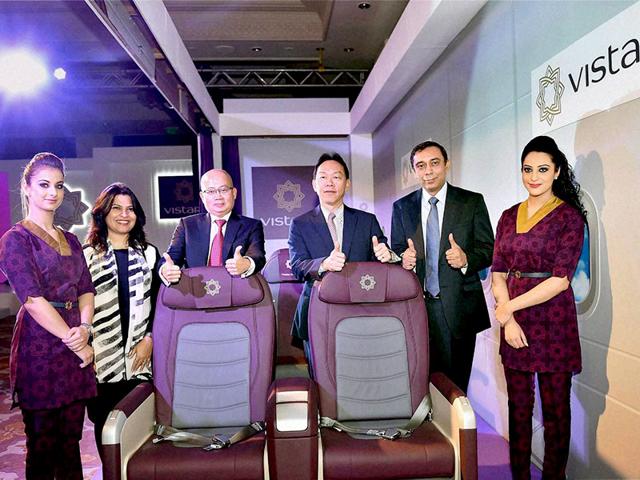 Currently, the airline supports 24 premium economy seats, plus four rows in 3-3 configuration, out of which 158 seats in the single-aisle Airbus A320-200 aircraft in its fleet.

Do you want to get information about the fleet?

Most of the time, multiple air travelers and frequent fliers can be seen complaining about the reducing legroom in the economy class seats. But if you are flying in one of the flights of Vistara, then you can enjoy 20% more legroom in the Vistara economy class. In addition to that, the seats in a Vistara aircraft reclined more than its competition.

5. Vistara: Back with the Bang:

Tata Sons are back in the airline business with Vistara, after a long period of 6 decades. Tata Airlines did try to introduce another airline before also in the year 1990 but drastically failed that time. Even at the time with Vistara, the group faced many minor and major issues but this time the airline managed to overcome all of them.

It is an Indian domestic carrier operated by Tata SIA Airlines Limited. Tata Sons (the holding company of Tata Group) has partnered with the Singapore Airlines in the year 2013 in order to launch this airline.

The total initial investment linked to the airline is about $100 million. Tata holds the 51% of the total stake and the remaining 49% goes to the Singapore Airlines.

Vistara has tied up with the flag carrier airline of India i.e. Air India in order to manage its ground-handling operations and engineering services.

It is a an amazing Facts of Vistara unlike other airlines, that Vistara is not spending much on advertisements or expensive launch parties.

On the other side, the airline aims to stay close to their potential customers through constant engagement at all consumer touch-points. The only objective is to deliver a unique and memorable experience to the customers.

Vistara is not an LCC (low-cost carriers). Hence, you may have to pay a little higher amount of tickets. If you think it’s expensive, then the meal box makes it worth. 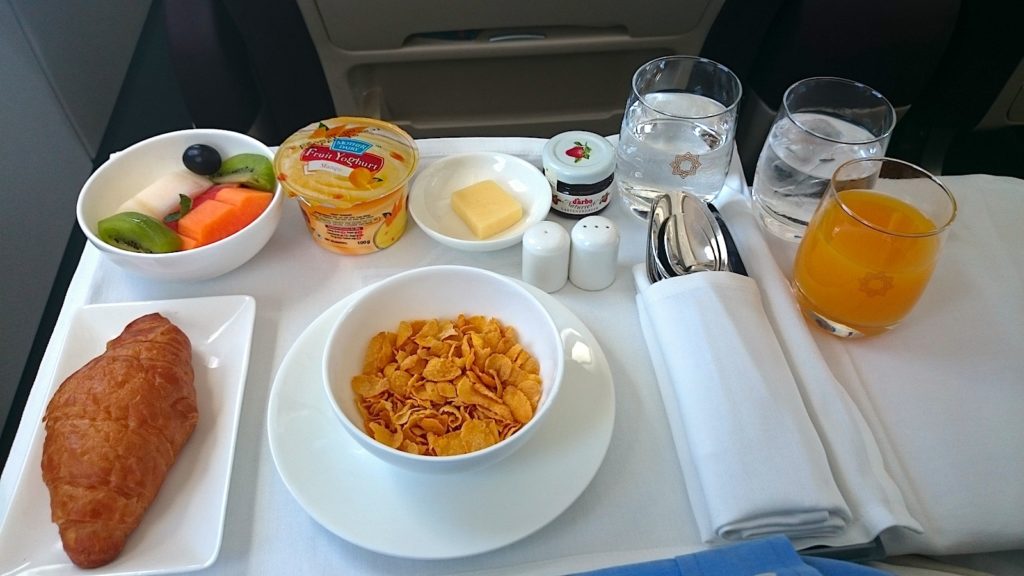 The fascinating feature of the food offered on the airline is that the menu is changed every day. That means you won’t have to eat the same food while traveling to same routes. Wider options regarding food are always welcome. This is the third airline in India offering free vegetarian or non-vegetarian meals on board in all classes, after Air India and Jet Airways.

Vistara Airline also offers complimentary gourmet meals all 3 cabins – Economy, Premium Economy, and Business. In short, passengers traveling through the airline can enjoy a number of options regarding foods and drinks.

10.Vistara: Currently there is NO In-flight Entertainment Options:

Talking about the Vistara’s Airbus A320-200s, it does not support the in-flight entertainment as there are no screens installed yet. The airline does provide pre-loaded tablets for its business-class fliers. But the airline soon overcomes this con and delivers the best to its customers.

1.Is Vistara a good airline?

Ans: Yes, Vistara is a good airline. It is a full-service Indian carrier that has a joint venture between Tata Group of India and Singapore Airlines

2. How many aircraft Vistara has?

Ans: Vistara airline is serving 22 destinations with fleet size of 19 Airbus A320 aircrafts. Besides that Vistara has 8 business class, 24 premium economy and 126 economy class seats in its 158-seater Airbus A320 fleet.

Ans: Vistara gives the option of a basic economy fare where flyers will need to buy meals on board like they do on low-cost carriers (LCC).

4. Why is Vistara the best?

Ans: Onboard, Vistara offers a unique three-class configuration featuring economy, business, and premium economy cabins. In a competitive Indian market, Vistara has managed to create a well-balanced product that can cater to all classes of travelers and has provided them with a reason to be loyal to the brand.