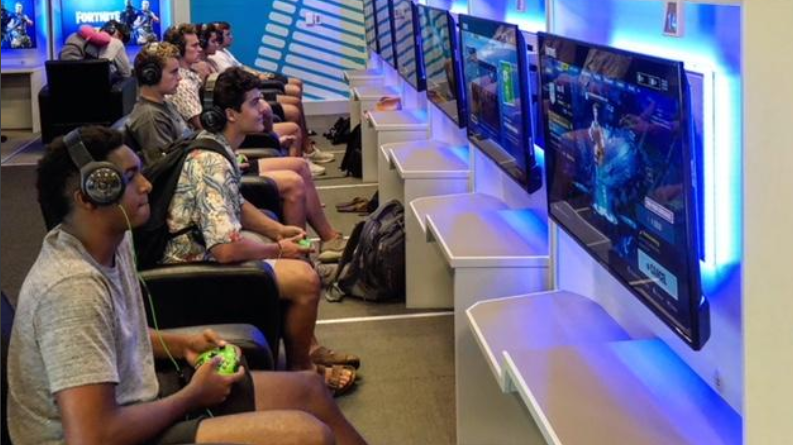 In accordance with the Dallas Business Journal, the Dallas Fort Worth International Airport now has two gaming lounges.

The lounges are very similar to the popular PC/game rooms in South Korea and even functions the same except they are not quite as wallet-friendly. customers can sit down and choose from 19 pre-installed titles at an available Xbox One, which includes hits like “Fortnite” and “Rocket League”. Players can use a Gameway-provided account or log into their own Xbox account, which is the company that built the lounge.

President of Gameway, Jordan Walbridge also explained the effectiveness of why a gaming lounge is a natural choice for an airport.

According to Walbridge “Gameway’s purpose is to make airports entertaining. With 50 percent of Americans playing video games at least three hours per week or more, and the average gamer being a male who’s 35 and a female in their mid-40s, this demographic perfectly aligns with who is traveling at the airport.”

On Friday, the Terminal E lounge opened with 22 stations, and the Terminal B lounge opened in early June. Located at gates E16 and B42, make sure you plan to arrive a little early if you have a flight from DFW. You might need extra time for getting through security.